The budget includes cuts to after school programs, keeping public pools closed and implementing a hiring freeze for city agencies. 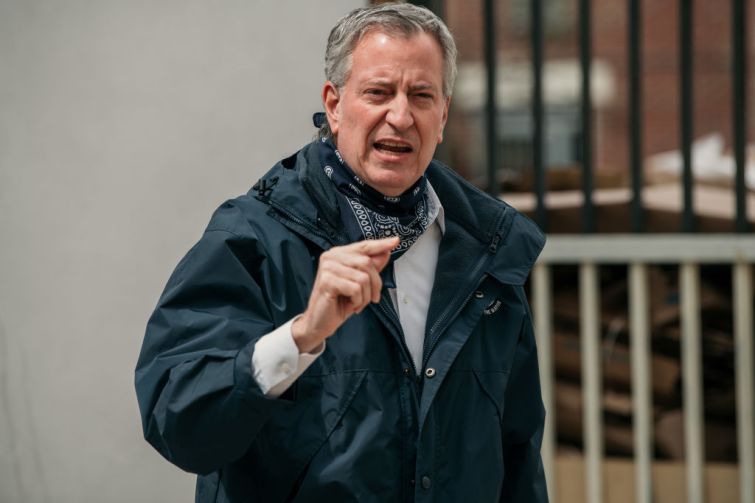 Mayor Bill de Blasio unveiled a “wartime budget” on Thursday with more than $2 billion in cuts as New York City is faced with a $7.4 billion shortfall in tax revenue due to the coronavirus pandemic.

De Blasio’s $89.3 billion executive budget proposal is $6 billion less than the one he pitched in January and $3.4 billion less than last year’s budget adopted in June 2019, according to de Blasio. The new budget includes an array of cuts including canceling after-school programs, keeping the city’s public pools closed for the summer and implementing a hiring freeze for many city agencies.

“Things that might have been a priority a month or two months ago can’t be a priority now,” de Blasio said at a press conference. “Things that we would love to focus on in peacetime, we can’t focus on in wartime. And this is, in effect, wartime.”

The new budget prioritizes four things — health, safety, food and shelter — for New Yorkers to withstand the coronavirus pandemic, but de Blasio warned that the city won’t be able to fully recover from the epidemic without more federal aid.

“If the federal government fails us then — I want to be really clear — the notion of this city recovering doesn’t work,” de Blasio said. “If we can’t provide the basics for our people then you can kiss our recovery goodbye.”

To make up for the expected tax shortfall, the city will temporarily suspend curbside pick-up of compost to save $21 million, stop the Summer Youth Employment program (which gives jobs to 75,000 young people in the city) to save $124 million and cut $100 million in training, overtime and supplies for schools around the city, according to the budget proposal.

De Blasio’s proposed budget comes a day after the Independent Budget Office released a report that estimates the city will lose about 475,000 jobs in the next 12 months because of COVID-19 and be faced with a $9.7 billion shortfall of tax revenue for fiscal years 2020 and 2021.

New York has been hit the hardest by the novel coronavirus with 213,779 confirmed cases and around 12,000 deaths. In New York City alone, 118,302 people have been confirmed to have the disease and it has led to more than 10,000 deaths, the New York Times reported.

To help stop the spread of the disease, Gov. Andrew Cuomo ordered all nonessential businesses to shut down, retailers to close and restaurants and bars to switch to take-out or delivery only models. Cuomo extended the stay-at-home order until May 15 on Thursday. The emergency measures have wrecked the city’s economy and forced many companies to lay off thousands of workers.