There’s a lot of talk (and some action) about repurposing hotels for medical use or medical workers. Just how difficult will that be? 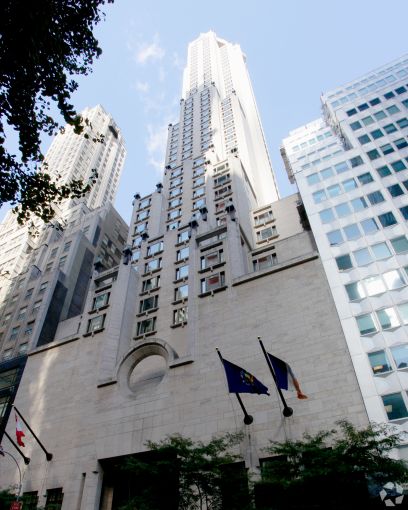 It’s a match made less by convenience than by dire necessity.

New York’s hospitals are teeming with patients suffering from a highly contagious airborne illness as hundreds of hotels, depleted of tourists and business travelers who stopped visiting the city almost instantaneously, sit shuttered and vacant.

In his daily briefings, Gov. Andrew Cuomo has pleaded for medical equipment and warned about the shortage of hospital beds as the number of New Yorkers who contract the novel coronavirus and are hospitalized continues to rise.

“I’m speaking to hotel owners about taking over their hotels to put patients in,” Cuomo announced last week. “I will turn this state upside down to get the number of beds we need, but we need the staff for those beds.”

“State officials have been in contact with hundreds of hotels owners who proactively reached out to offer their space, and we are speaking with industry leaders daily,” said a spokesperson for the governor’s office. “Dozens of sites have already been inspected, and we are already in conversation with many about next steps.”

“Like so many other industries in New York, the hospitality sector has stepped up to fight coronavirus by offering tens of thousands of rooms to house New Yorkers in need of medical care and healthcare professionals in need of housing at a moment’s notice,” the spokesperson said.

In order to ramp up supply of rooms, the governor urged hospitals to increase their capacity by 50 to 100 percent and utilize empty event halls, dormitories and hotels to make up the remainder.

“Our strategy from the beginning has been to flatten the curve and increase hospital capacity,” Cuomo said March 27. “We have a plan in place to get all of these new facilities and beds online in the next three to four weeks, which is the same timeline the apex is expected to hit our state, so when it does eventually hit our hospital capacity will be as high as it can possibly be.”

About 60 hotels that have closed are preparing to offer rooms to the state and city between $100 to $125 per night, industry leaders said.

“Most of them are doing it at cost and that doesn’t include food costs and pay for all the workers,” Hotel Association President and CEO Vijay Dandapani told Commercial Observer. “Not a single owner is hoping to make money on this.”

The city will be working with the state and federal government to lease hotels to provide medical services for COVID-19 patients and others, Mayor Bill de Blasio announced March 30. City agencies have already secured about 500 rooms in four hotels, and the Department of Homeless Services had placed 65 patients from homeless shelters into hotel facilities as of March 25.

The state so far has focused on repurposing large exposition spaces into temporary medical facilities. Over the past week, the Army Corps of Engineers transformed the Javits Center into a 2,910-bed hospital to treat non-coronavirus patients starting Monday. Cuomo asked the Army Corps to convert four additional sites in each borough that could accommodate 1,000 beds to alleviate crowding in nearby hospitals. A Navy hospital ship arrived at Manhattan’s Pier 90 on Monday, where it will also begin treating non-coronavirus patients.

Hotel owners are heeding the governor’s call to use their spaces to offer respite to a rising number of patients and weary health care workers. But efforts to match hospital capacity with hotel vacancies have been fragmented at best.

Four Seasons owner Ty Warner heard one of Cuomo’s press conferences and offered rooms that start at $500 to medical workers for free. The East 57th Street hotel luxury lodge, which closed on March 20, is walking distance from Lenox Hill and New York-Presbyterian hospitals.

“Many of those working in New York City have to travel long distances to and from their homes after putting in 18-hour days,” Warner said in a statement. “They need a place close to work where they can rest and regenerate.”

Cuomo also floated incorporating the Marriott Brooklyn Bridge Hotel on Adams Street into his hospital overflow plan, although it is unclear how the space would be converted and for what purpose.

“The governor wants to position hotel rooms in case beds are needed,” Dandapani said. ”We are working with the governor’s office and Empire State Development but it’s up to the governor to say when and how to pull the trigger on it.”

There’s interest between public officials and the private sector to work quickly. As of last week, there were about 20,000 vacant hotel rooms, about 20 percent of the city’s total inventory. Hotels that have closed include large corporate chains like the New York Hilton Midtown and boutiques like the Ace Hotel New York while the Hilton, Hyatt, and Marriott companies have also furloughed thousands of employees and laid off staff.

But many details concerning the conversion of hotel rooms to suitable medical spaces remain unresolved. And there’s been a startling lack of coordination leaving many hoteliers in the dark about how they can help.

“No one in the state government right now is taking the reins to reach out to hotel owners to donate rooms for hospital capacity,” Davis told Commercial Observer, adding that he’d be happy to help the government identify willing owners. “It’s a complete horrendous catastrophe that we haven’t yet. We could save hundreds of lives.”

The state will need to develop a system to determine which hotels are used for what purpose and which patients are referred to which hotel after visiting a hospital or seeing their doctor. Safe transportation between hospitals and hotels, whether through an ambulance or contracted vehicles, will need to be coordinated as well.

But converting hotels into medical facilities isn’t a simple task. Hotels, perhaps with help from the Army Corps of Engineers, will need to have appropriate beds, medical equipment, trained health care workers, a centralized kitchen for food delivery, laundry services, and sanitation protocols if they plan to house patients. Some vendors have already approached the hotel association to offer hospital-appropriate beds that tilt at an angle and receptacles for waste removal, industry leaders said.

Recruiting hotel staff to run the buildings could be the most challenging aspect of the expansion plan. Hotel workers who have been furloughed may be willing to come back to work if their hotel is used primarily to house first responders but could be less likely to return if rooms are reserved for ill patients.

If a hotel does become a COVID-19 ward, staff would not likely be hotel workers but it’s unclear whether the Army Corps or workers from another union like 1199SEIU would replace them.

“Workers can say that this is not something they want to deal with, and I don’t blame them,” Dandapani said. “You can’t compel a worker to come. And if they’ve got COVID-19, you don’t want them to come.”

City agencies meanwhile are recruiting hotels to provide health care services for those in homeless shelters and overcrowded public hospitals. Each facility must have a central kitchen for food preparation and delivery, laundry services, and phone and WiFi to allow patients to stay isolated in their room, Office of Emergency Management officials said.

“Time is of the essence. We’ve already started placing some individuals in hotels and looking to ramp this up in coming days or weeks,” Heather Roiter, OEM’s director of Hazard Mitigation and Recovery, told the Commercial Observer. “We want the hotels to provide  food and laundry so we reduce having to bring in different pieces together. We’re trying to find large spaces. We don’t want this to be piecemeal.”

But city officials had not provided hotel workers and public employees with masks and with protective equipment, The City reported.

Hotel owners are eager to help the city but are worried their staff and facilities may not be equipped to handle the complications that come with an influx of patients.

“Nobody has said they will not participate but some have expressed hesitation for COVID-19,” Dandapani said. “You can be tested COVID negative and it comes back the next day and you could be positive after that. That’s the danger of this.”

Hotels may not be able to afford to stay shuttered for months either. The industry experienced a 24 percent decline in occupancy and a 33 percent decline in revenue per available room from March 8 to 14, according to a Newmark Knight Frank report. City hotels are expected to lose $260 million in revenue during the first three weeks of March, hotel industry leaders calculated. And 95 percent of hotel workers would be out of a job by that time, Hotel Trades Council President Peter Ward warned.

Some hotels are expecting to re-open by this summer and have started taking reservations for July. But so much about the coronavirus’s spread remains unknown and unpredictable.

“Lodging, travel, and leisure is the worst hit industry. They’re being hurt, they’re closed, there’s no income,” Davis said. “Everybody is worried about it and nobody has any sense of when it will end.”

UPDATE: This article has been updated since publication to include a comment from the governor’s office.