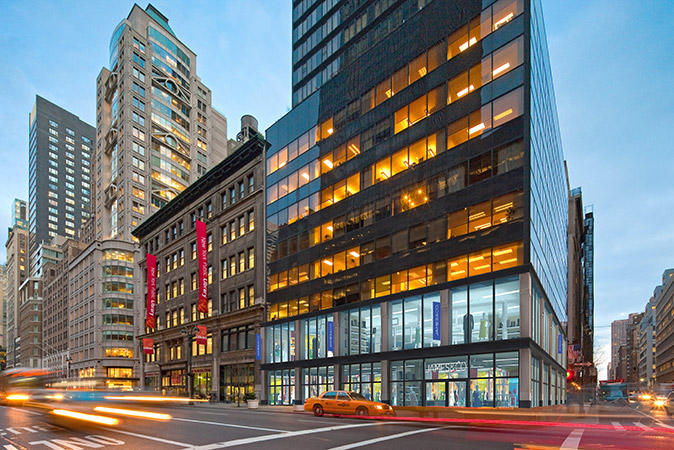 The building materials firm signed a 10-year lease for 16,171 square feet at 445 Fifth Avenue on the corner of East 39th Street, according to information from The Dartmouth Company, which brokered the deal. The ground-floor retail space at the 33-story condo building was formerly occupied by retailer Charming Charlie.

Brickworks Limited is an Australia-based conglomerate, which owns a variety of American brickmaking brands, including Glen-Gery, Sioux City Brick and Cushwa Brick. The flagship, its second in the United States, will serve as a design studio for its various brands, and an event space to engage with the architectural community.

The store is scheduled to open in 2021, and the buildout will begin once the current conditions in regards to the coronavirus pandemic subside.

The Dartmouth Company’s Fritz Kemerling represented the tenant, and Jeff Mack of Harbor Group International represented the landlord in-house, along with a Newmark Knight Frank team of Karen Bellantoni, Richard Gelber and Bradley Some.

Kemerling said it took a joint effort to close during the coronavirus shutdown. “To be dealing with a global issue such as COVID-19 right at lease execution, communication and transparency were paramount,” he wrote in an email. “To Brickworks’ credit, they never wavered on their commitment to 445 Fifth.”

Dartmouth did not provide asking rents.