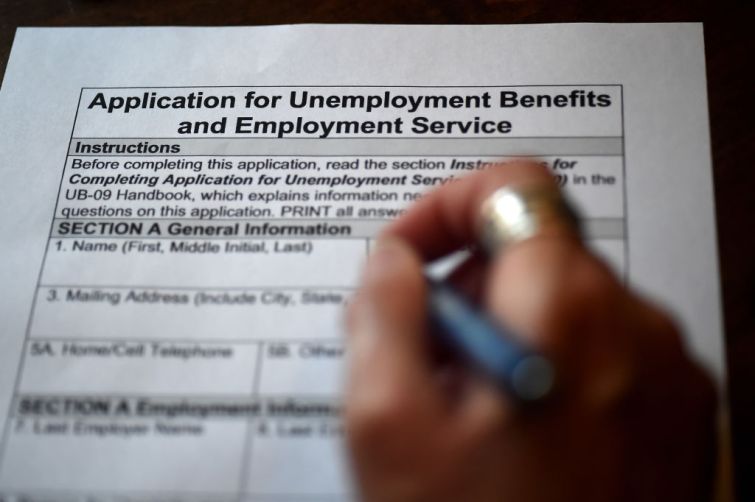 Another 4.4 million Americans filed for unemployment in the week ending on April 18. Photo: OLIVIER DOULIERY/AFP via Getty Images

Another 4.4 million Americans filed for unemployment last week, which pushed the total number of new claims to more than 26 million since the coronavirus pandemic spread.

The number of new jobless claims in the week ending on April 18 decreased by 810,000 people from the previous week’s revised level of 5.2 million claims, according to the United States Department of Labor.

While the number of claims has started to drop in recent weeks from its record 6.9 million at the beginning of April, unemployment in the country is reaching levels that haven’t been seen since the Great Depression, the Associated Press reported.

California and Florida had the largest amount of new claims filed last week with California receiving 533,568 new claims and Florida getting 505,137, according to the Department of Labor. New York — which has had the number of coronavirus cases in the country — had 204,716 new claims.

The number of jobless claims may face another surge in the coming weeks as many states started to recently allow self-employed people to file for unemployment to get $600 a week as part of the federal Coronavirus Aid, Relief and Economic Security (CARES) Act, CBS News reported. Recent government data shows the country has more than $26 million sole proprietor businesses.

Early reports indicate the country could be faced with a jobless rate of nearly 20 percent — close to the 25 percent peak during the Great Depression — but economists told CNBC the number will likely be between 10 to 15 percent.