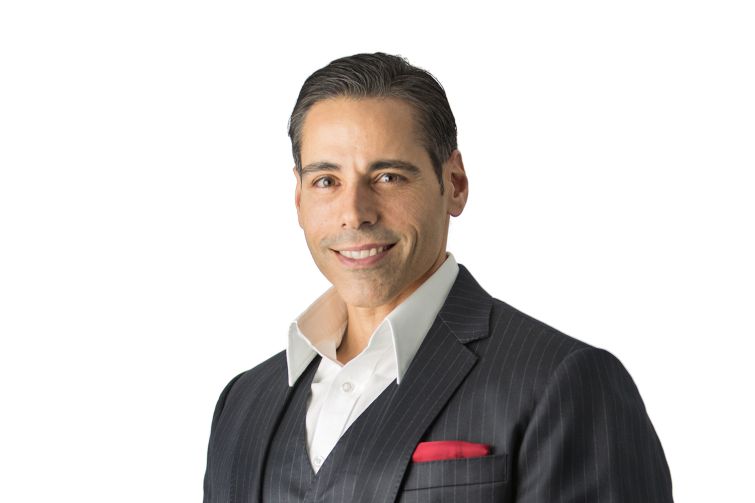 Marine to lawyer to bridge lender — not your typical career path, but one that’s served John Lettera well. The New York City native started dabbling in bridge lending when the going was good 30 years ago and hasn’t looked back.

Today, Lettera has over 19 years of legal experience and 30 years of experience in real estate debt originations and acquisitions and equity investing under his belt and his firm, Tradex Realty Partners, just converted to a real estate investment trust, Tradex REIT.

Over the past 15 years, Lettera has also worked closely with the Marine Corps Veterans Association and also the Semper Fi Fund and, more recently, he’s been assisting a support organization called MOMs (Moms of Military). As if that isn’t enough, he’s also organizing an effort to help more veterans get into law school with Pace University School of Law, where he’s a professor.

John Lettera: I am a New Yorker and I was born and raised in the Bronx, in the Pelham Bay section.

Do you have family in the real estate industry?

My father is actually in the financial industry, he worked for J.P. Morgan Chase, but no one in my family is in real estate. I don’t come from one of those families where we sat around the table talking about real estate. My interest, quite frankly, was much more in finance. But I always enjoyed just reading and learning about how the capital stack works. And very early on I was studying the different tranches of capital. That led me to really appreciate the financial engineering that goes into real estate.

You’ve had an interesting career path that started in the military, can you tell us about that?

I had just turned 18 and was enlisted in the [U.S. Marine Corps] straight out of high school. You’ve seen the movies where the student is graduating high school and the Marines are literally standing in the back of the high school graduation waiting for you to graduate? That’s literally how it occurred. I graduated and was in Parris Island [in Port Royal, S.C.] which is where Marines train, by that evening.

That evening! What did your parents say about that?

They had no choice, quite frankly [laughs]. My father also served; he was in the army and served in Vietnam. Growing up, we would talk about it often and my father [Frank Lettera] was always a real role model for me. I wanted to follow in his footsteps and do something for my country and so I signed up for the Marines.

What was your focus there?

I was in the special forces unit. I actually spent all my time in the Middle East and I was in the first Desert Storm in Iraq.

What lessons did you take from that experience into the next iteration of your career?

I would say the Marine Corps truly gave me the discipline that was needed to get through undergrad and law school. Not to brag, but I finished law school at the top of my class. Coming out of combat and coming out of the Marines, everything seemed so simple. Then when I was in law school, I was recruited by Milbank & Tweed and spent almost six years there. I was fortunate enough to work with many of the smartest attorneys I have ever come across. It was an amazing time and I still speak with everybody there — it’s a rare thing, but we’re all actually very good friends.

What was your area of practice?

How did you get your bridge lending start?

When I was in undergrad and law school, I was always investing on my own in real estate, and since I grew up in the Bronx I was intimately familiar with the area. So, I was doing bridge lending on small loans, like around $200,000, and all in the Bronx.

So you were entrepreneurial at a young age.

I don’t know if you want to call it stupid or entrepreneurial [laughs], but in the grand scheme of things it all worked out.

When you compare the bridge market of 30 years ago with today’s, what’s the most striking difference to you?

Thirty years ago, you’d put money out in bridge lending, and I don’t care if you were lending in the Bronx, Brooklyn, anywhere in New York State, you were getting 16 percent and four points. That was it, it wasn’t negotiable. And there was one other program if you wanted to get a little entrepreneurial and accrue interest until the end [of the loan] and then it was 18 percent and five points.

No, one year. If you wanted another year you had to pay another 2 percent [laughs]. Every bridge lender who reads this article that has been doing bridge lending as long as I have will remember those days.

Apart from the pricing back then, what did you like about the bridge lending industry?

I loved the fact that I was the senior debt holder in the capital stack. I felt very comfortable. I understood the real estate and I loved the fact that if something went wrong, or if there was a default, I was collateralized. I always had — as long as my loan-to-values were in line — enough cushion that if I had to take the property back, I felt like I was getting it at a good enough discount.

What did your dad think about you making bridge loans at an early age?

He would just sit back and say, “Just be careful … I don’t want to tell you what to do, but just be careful!” He always supported me.

What was your path from Milbank to Tradex?

I was at Milbank for about six years when two clients who had recently left Blackstone Group invited me to join them in a private equity startup. This was in 2005 and I thought it was just a great opportunity to learn more of the business side, since most of my experience had been from the lending and the legal side. We raised the capital, we leveraged the portfolio, and we were doing debt transactions — mostly in real estate, because that’s my background. So that was my first real estate fund.

How did you fare during the crisis? Were you pursuing more opportunistic investments at that time?

It was a great time to learn and we were able to weather the storm. We had over $100 million on the street in 2005 — predominantly in real estate bridge loans — we were leveraged, and it really taught me early on how to negotiate with your leverage provider as well as [to] work out loans with borrowers in a time of crisis.  I’m thankful to say we got out of everything. I mean, obviously investors did not make their full returns, but we did not lose one penny. It took years to get out of everything, but we got out of everything.

Then, I was doing bridge lending on my own just with a few other investors. Tradex has been around for several years and they had been trading interest-only mortgage swaps and managing a couple billion dollars. They’d been talking to me for around two years about doing something together. So the principals of Tradex, individually, started investing with me in real estate about 10 years ago and over the next seven years, they just loved the returns. So, I finally met with the principals and had a discussion. I felt that having a strong partner like Tradex would give me much better access to cheaper capital.

People often voice concerns that some bridge lenders out there today haven’t experienced a downturn.

It’s a great point. Most of the bridge lenders out there today have not witnessed 2007 so they’ve only seen an uptick in the market. I think there’s going to be a tremendous opportunity to purchase defaulted notes because a lot of people just don’t know what they’re doing. They’re going back to these ridiculous loan-to-values. So we’ll see how that plays out.

We’re ready for it. We’re well-capitalized and we have a lot of dry powder sitting on the sidelines just waiting to purchase defaulted notes.

When might we see the note sale floodgate open?

It’s already started. We’ve purchased a couple, not to the scale that we would like, but it’s definitely started.

Are you lending on any particular asset types or geographies at Tradex?

At Tradex, we understand real estate and we’re entrepreneurial and opportunistic. If we like the asset, we love to work with borrowers to really make a deal happen. We have no problem cross collateralizing properties; we have no issue taking equity interest on your LLC shares and we have no problem taking mezz or subordinate financing. When we’re comfortable in our loan to value, we can be creative enough to make a deal happen.

What’s your sweet spot in terms of loan size?

And you converted to a REIT in January?

I joined Tradex two years ago, and we just converted to a REIT in January, correct [Tradex Real Estate Investment Trust]. The fund over the last two years was a massive success for us, and the next evolution was to convert the fund into a REIT because of all the unique tax advantages under President Trump’s recent tax bill, which can truly translate into much higher yields for investors that are seeking those higher returns with relative stability. We felt that the REIT positions us to continue delivering growth and also expands our investor base.

How’s the response been so far?

Oh, it’s been tremendous. It’s been even better than anticipated. The first couple of months of this year alone have been the busiest three months that we’ve seen at Tradex. So we’re concentrating on closing quickly and putting the money out and we’re averaging four closings a week, predominantly in New York, New Jersey and Connecticut.

Where do you envision the business going from here?

What do you do for fun in your spare time?

Most of my spare time is spent with my 15-year-old daughter and my 11-year-old son. I like to spend as much time with them as possible and I’ve been married for 21 years to my wife, Tammy.