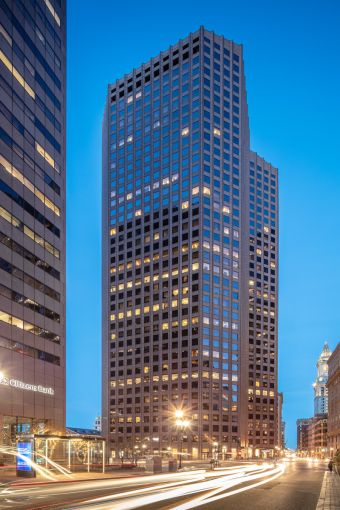 In another example of lined-up deals continuing to close, Starwood Real Estate Income Trust completed its acquisition of the leasehold interest in 60 State Street in Downtown Boston last Friday.

Starwood, a non-traded REIT managed by Starwood Capital Group, secured $421.5 million in financing for the purchase from Metlife and Pacific Life, sources close to the transaction told Commercial Observer.

“Sixty State Street is the beneficiary of significant capital improvements completed in the past five years, resulting in fully-modernized common areas and base building systems as well as brand-new, tenant-exclusive amenities,” Maher said in prepared remarks. “The asset also boasts high operational efficiency as exemplified by its LEED Platinum certification.”

The sale price was not disclosed in an announcement made by NKF, but sources told CO that local city records show an acquisition price of $614 million, giving the transaction the largest sale price recorded for an office asset in Boston’s central business district this year.

The 38-story tower, located in the heart of Downtown Boston, comprises 911,394 square feet of office and retail space and a 240-space parking garage. Its office anchor tenants include BlackRock, WilmerHale law firm and Amundi Pioneer, while its retail component is leased to a 14,000-square-foot, three-level Samuel Adams tap room, which opened earlier this year.

“This is a solid physical asset in one of the best locations in Boston,” said Michael Scafuri, a managing director in Pacific Life’s Washington, D.C. office. “As an acquisition, timing was critical to meet the needs of Starwood and the seller. All parties were committed to the deal and worked well together to make it happen. We enjoyed working with MetLife again in a co-lending relationship.”