CBRE and Marcus & Millichap both stole talent from JLL 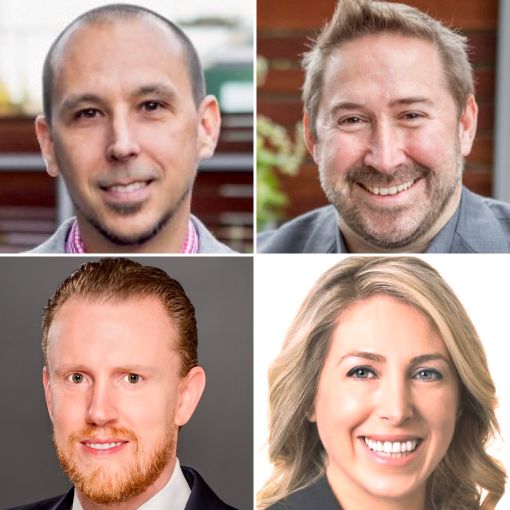 Real estate veterans rose through the ranks throughout the industry in Southern California this week.

KTGY Architecture & Planning led the way after naming a handful of new positions in Los Angeles and Irvine. Ryan Flautz was named a shareholder and principal in the firm’s L.A. office. He joined KTGY in 2011 and has more than 25 years of design and project management experience.

Keith McCloskey was named an associate principal in KTGY’s L.A. office. His experience includes planning and design of multifamily, mixed-use, senior living, civic and aviation projects. McCloskey joined KTGY in 2011 and most recently served as executive director of design. The firm’s promotions in its Irvine office included Kyle Millar, Ben Seager and Sarah Sindian all promoted to the post of associate principal.

Marcus & Millichap announced that Dana Brody has returned to the firm to be senior vice president in the Encino office. Brody, who got her start in 2003 at CBRE, has worked at Grubb & Ellis, Commercial Asset Group, and at Marcus & Millichap, which she departed in 2007. Most recently, Brody served as a senior vice president with JLL’s capital markets division. She has completed more than $500 million in multifamily investment and development throughout her career.