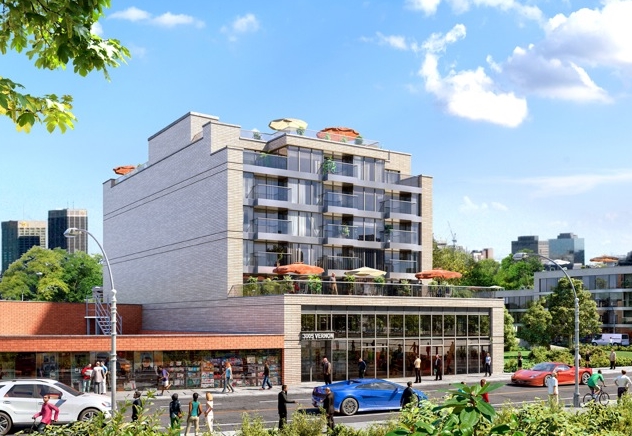 S3 Capital Partners, a lending arm of investment and development firm Spruce Capital Partners, has provided a $26 million construction loan to a trio of sponsors to help construct a mixed-use residential condominium building on the waterfront in Astoria, Queens.

The financing was provided to landlords Fucai Wang, Christina Chang and Jonathan Chang, the president of Flushing, Queens-based CTI Construction, Inc., which is serving as the general contractor for the development, sources told CO. The proceeds will fund the development of the planned 67-unit condo at 30-07 Vernon Boulevard, which will include three commercial retail spaces and 33 parking spots.

The deal was sourced and arranged by Leviathan Capital co-founder and partner Joe Hach and closed in January, according to a post on Tradedny.

S3 Capital declined to comment or provide more details on the deal.

The seven-story project — designed by Chang Hwa Tan’s Flushing-based Tan Architect PC — includes just over 88,800 of buildable square feet. It is located across the street from the Hallets Cove Playground, right on the banks of the East River. The borrowers had bought the site for just $3 million in February 2014 from local firm Kaplon-Belo Commercial Real Estate, city records show.

The site originally housed two, one-story warehouses between Welling Court and 30th Road. Plans for the development filed with the New York City Department of Buildings in February 2016 called for 65 units across 46,417 square feet of residential space. The residences would start on the second floor, and each floor would have about 10 or 11 units. The ground floor is slated to get 6,500 square feet of retail space. A 33-car parking garage would fill a section of the first floor, while 48 more parking spaces would be located within two levels of subterranean parking.

Leviathan recently closed another deal at the end of February, a five-year, $14.6 million loan from TD Bank to refinance an office building at 420 Madison Avenue.

Officials at CTI did not respond to an inquiry. The other two borrowers could not be reached.