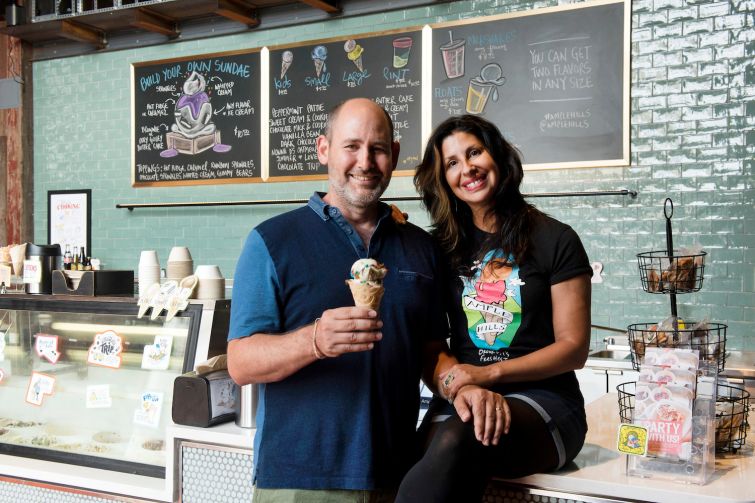 Popular Brooklyn-based ice cream shop Ample Hills Creamery will lay off 101 employees throughout its 14 New York City locations, nearly two weeks after the chain filed for bankruptcy, according to a notice filed today with the New York State Department of Labor.

The filing, which noted a March 12 closure date, said the layoffs would take place on June 12 but it was unclear in the state notice on whether the layoffs were related to the company’s March bankruptcy filing or the ongoing COVID-19 pandemic, which has forced eateries across the city to temporarily lay off thousands of workers.

“We have no plans to close the stores,” Ample Hills CEO Brian Smith said in a statement. “Unfortunately right now we are closed temporarily because of the coronavirus, but as soon as that passes we will reopen.”

The Ample Hills filing gave the reason for the layoffs as “plant closing” due to “economic” issues. That contrasts with the dozens of coronavirus-impacted restaurants who filed similar labor notices today, citing a “temporary plant layoff” due to “unforeseeable business circumstances prompted by COVID-19.”

On its website, Ample Hills notes that its shops are temporarily shuttered due to the coronavirus outbreak, and that it’s aiming for an April 9 reopening.

Earlier this month, Ample Hills submitted Chapter 11 proceedings with liabilities between $10 to $50 million in an attempt to “restructure and refocus” its operations, a spokeswoman previously told Commercial Observer. The spokeswoman said the bankruptcy was not related to the coronavirus epidemic.

“We are taking the necessary next steps to preserve and ultimately bring Ample Hills into its next phase,” a spokeswoman for Ample Hills told Commercial Observer in a statement. “We have learned a lot from our growth and this is a strategic decision that allows us to course-correct and continue doing what we love most: creating a delicious product from scratch, in our beloved Brooklyn home.”

The company had been losing money since 2017 — posting a loss of $6.9 million on nearly $11 million in sales last year — and started the bankruptcy proceedings to start an auction for its assets, the New York Daily News reported.

“Our goal is to restructure and find a buyer through the bankruptcy process,” Smith told CO. “If so then the shops will all remain open indefinitely.”

Ample Hills was founded in 2011 by husband-and-wife team Smith and Jackie Cuscuna as a pushcart in Prospect Heights, Brooklyn, according to its website. It later opened its first brick-and-mortar outpost in the same neighborhood at 623 Vanderbilt Avenue.

The ice cream purveyor closed on a $4 million fundraising round in 2015 and later expanded to 14 locations in Manhattan, Brooklyn and Queens along with two in Florida and one in Jersey City, N.J., Brooklyn Magazine reported. These include a 15,000-square-foot factory with an ice cream museum attached at 421 Van Brunt Street in Red Hook, which Ample Hills opened in 2018, as CO previously reported.

The Red Hook factory added to Ample Hills’ struggles as it was delayed and cost around $6.7 million to complete, $2.7 million more than the company originally anticipated, according to the filing.

Update: The story has been updated to include a statement from Ample Hills CEO Ben Smith.