Leading multifamily finance firm Walker & Dunlop pitched a preliminary plan to HUD over the weekend that has been taken to the White House for consideration. 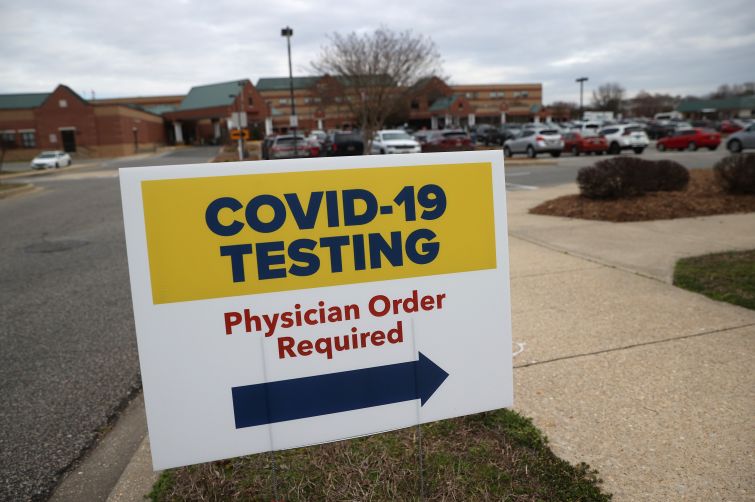 Over the weekend, the U.S. Department of Housing and Urban Development (HUD) was in talks on a preliminary proposal from prominent national multifamily financier Walker & Dunlop that would target location-specific, off-campus student housing properties near universities and medical centers for conversion to medical use in order to serve patients of COVID-19 and help support the supply of hospital beds in the U.S., Commercial Observer has learned.

Sources who spoke with CO said that the initial idea that was presented to HUD — which was quickly advanced to the White House for consideration, sources said — would cost around $180 million and target 50 properties comprising around 300 units each. The plan would be to find private-sector owners of off-campus student housing to buy into master leasing select properties for a year at around $1,000 per bed to help support an expected influx in COVID-19 patients who will need medical attention.

Walker & Dunlop Chairman and CEO Willy Walker confirmed the proposal via a company-hosted webcast this afternoon titled “Navigating the Markets” that delved into how to handle the fallouts from the pandemic.

While the initial plan was just recently conceived and would eventually be more comprehensive, around 15,000 beds would be added to the country’s current hospital bed capacity. The plan would mean partnering with nearby medical facilities to staff and supplement the properties with the necessary medical machinery, like ventilators and respirators — equipment that countries like Italy have had to ration the use of due to demand and a lack of resources.

Many universities across the country have shuttered for the rest of the year and have asked students to vacate on-campus housing; just today it was reported that Boston University announced that students have until Sunday to vacate on-campus dorms. Industry observers have seen many students vacate off-campus housing as well. It would be up to the student housing operators who agree to participate to turn over any remaining tenants.

Right now, the U.S. has 2.8 hospital beds per 1,000 people, according to recent data from the Organization for Economic Co-operation and Development (OECD) that was reported by The Washington Post last Friday. That is compared to South Korea’s 12 beds per 1,000 people, China’s 4.3 beds and Italy’s 3.2 beds. As per recently released 2020 data from the American Hospital Association, the U.S. currently has around 924,100 staffed hospital beds serving a variety of medical practices, and it has just around 98,000 total beds for a range of intensive care uses.

Intensive care beds have been flooded due to the virus. Adding 15,000 beds for quarantined COVID-19 health services would represent a 15 percent jump in supply of in-demand intensive care beds.

The idea is underscored by the notion that in many cases student housing properties are already outfitted with many amenities and services that could support health care needs, including separate bathrooms for each unit, elevators, service elevators, outdoor space and in some instances, on-site food and beverage offerings. (Most student housing is built near a suite of demand drivers to help service the needs of the tenants)

The layouts of each facility would be case-by-case, given that some properties are garden-style and include clubhouse areas, while others are built out as single mid-rise and high-rise properties.

According to recent data released by the Harvard Global Health Institute, about one-fifth of adults who contract the novel coronavirus will need to be hospitalized. Efforts like calls for social distancing and self-quarantine are still being pushed as public health and political officials try to stem the spread of the virus. Harvard Global Health Institute’s data release, delineated and reported yesterday by ProPublica and The New York Times, provided a snapshot of which regions of the country are most likely to come under intense pressure should the percentage of cases in need of critical medical attention spike over the next several months.

This plan is somewhat in opposition to — but would supplement — that of recent strategies being deployed by major retailers like Walmart, Target, CVS and Walgreens, who are now establishing small tent cities in portions of their parking lots to provide drive-thru testing centers.

Last Friday, during an address announcing a national emergency over the spread of the novel coronavirus, President Donald Trump unveiled the drive-thru testing measure, which was formulated as a quick way to try to screen thousands of Americans. Still, confusion ensued over access to testing kits and who would be tested. Countries like South Korea and Germany have already deployed drive-thru testing.

A source that spoke to CO said the end goal of the student housing proposal would be to establish a more sensible avenue for quarantined health care, a “safe and distinct area where those affected by COVID-19 can be treated away from other non-affected patients who still need medical attention.”

Currently, there are over 200,000 cases globally, across 155 countries, according to a report this morning from CBS citing data collected by John Hopkins University. As of today, more than 10,000 cases have been confirmed in the U.S. since January, with more than 100 deaths so far, according to CNN reporting gathered from state’s health officials.

CO reached out to both HUD and the White House for comment.

This is a developing story and more information will be added as it becomes available.