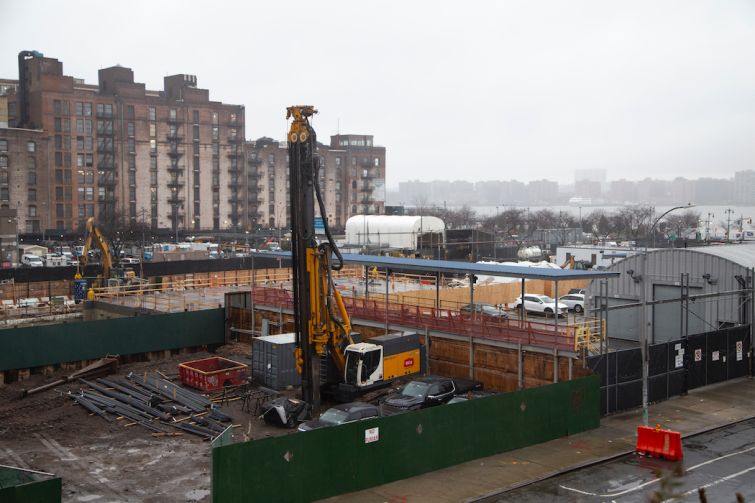 Georgetown Company is planning to build a 1.1-million-square-foot office building in the Hudson Yards neighborhood on a waterfront site that the company has owned for over 50 years, Commercial Observer has learned.

The planned 25-story building will span half a block between West 29th and West 30th Streets at 260 12th Avenue, just south of the High Line, according to a source familiar with the project. New York-based Georgetown has used the site as a parking lot since acquiring it in the 1960s.

The company plans to break ground on the building next year and deliver space to tenants in 2024. The current plans will allow Georgetown to build as-of-right, rather than wait for a rezoning that would allow for more height or residential uses.

Similar to the redevelopment of St. John’s Terminal in Hudson Square, where Google is taking 1.3 million square feet across just 12 floors, Georgetown had decided to exchange height for the harder-to-find large floor plans that are attractive to tech tenants. While the exact sizes will vary, the floor plates will be as close to 80,000 square feet — the size of the site’s footprint — as possible, according to the source. And since the site fronts the West Side Highway and the Hudson River Park, even the lowest floors will have waterfront views, he said.

There are two additional projects underway on the same block, known as Block 675, both of which will be residential rental towers. Douglaston Development is constructing a 58-story skyscraper designed by FXCollaborative at 601 West 29th Street, and Lalezarian Properties is developing a 42-story tower at 606 West 30th Street designed by Ismael Leyva Architects. Both sites completed demolition of existing structures in 2019 and have begun construction.

Block 675 is just south of the freight yards that gave Hudson Yards its name, as well as the eponymous complex owned by Related Companies and Oxford Properties Group. The block is bounded by West 30th and West 29th Streets to the north and south, West Side Highway on the west, and 11th Avenue on the east.

Georgetown, headed by President and CEO Adam Flatto, has a number of unique, groundbreaking developments under its belt. The firm developed the distinctive IAC Building at 555 West 18th Street and is working on the redevelopment of Los Angeles’ historic Herald Examiner Building into creative office space.

When talk of redeveloping the yard — then called West Side Yard — began in the aughts, Georgetown filed plans to build a 66-story hotel on the site. However, in 2010, the company signed a $96 million easement with the Port Authority of New York and New Jersey, which planned to build a new tunnel across the Hudson River. That plan was subsequently killed by then-Governor Chris Christie of New Jersey, but the easement remained in place.

The 10-year easement expires in September of this year, according to public records, presumably leaving Georgetown free to pursue its plans.

Over the decade, there have been many iterations of the plans for much-needed rail infrastructure across the Hudson River, especially since the existing 109-year-old North River tunnel was damaged during Hurricane Sandy in 2012. The most recent iteration, known as the Gateway Program, would build a new tunnel before repairing the old one so as not to cause too drastic a disruption. The plan is still under environmental review, and has hit a funding snag, as the Trump administration has not committed to providing the federal funding that would be necessary for the project.

A spokesperson for the Gateway Program Development Corporation, which oversees the project, said that the site is needed for a ventilation facility for the new tunnel, but did not comment on whether they’re pursuing an extension of the easement.

Other than the easement, Georgetown owns the site free and clear, but took out a $30 million predevelopment loan from J.P. Morgan Chase in 2019, according to property records. The financing for the project, which will cost over $1 billion, has yet to be determined.