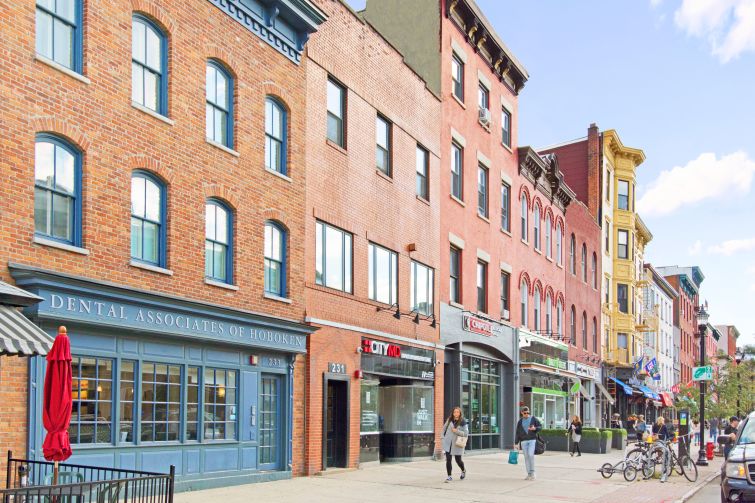 A 39-property retail and residential portfolio located mostly along Hoboken's Washington Street has traded hands for more than $200 million. Courtesy of NKF.

A joint venture led by Federal Realty Investment Trust has picked up a portfolio of 39 mixed-use properties in the waterfront city of Hoboken, N.J., Commercial Observer has learned.

The 278,879-square-foot portfolio, located mostly along the city’s main drag of Washington Street, consists of 129 residential units and 171,959 square feet of urban retail, according to Newmark Knight Frank, which represented the seller, a private owner, in the deal. The portfolio traded for $203 million, according to a source familiar with the transaction.

A majority of the deal closed in the second half of last year, according to a fourth quarter earnings report from Federal REIT.

“We’re very bullish on Hoboken as it continues to mature and find favor among New York City commuters, especially given its proximity to the increasingly important West Side of Manhattan and the $25-plus billion Hudson Yards development,” said Donald Wood, President and CEO of Federal REIT, in prepared remarks. “This exciting joint venture creates a highly productive business development arm for us in Hudson County. We expect this portfolio to be just the beginning of a very successful long-term relationship.”

Retail tenants in the portfolio include Sephora, Chipotle, Quality Greens, Honeygrow and CVS, according to NKF.

“The seller was able to create significant value by building this remarkable portfolio over more than 30 years, providing Federal Realty with the opportunity to acquire unprecedented scale in one of the country’s premier lifestyle environments,” Welsh said in prepared remarks. “The partnership’s unique combination of local expertise and national retailer relationships will have a transformative impact on Hoboken for years to come.”

UPDATE: This story has been updated since publication to include the timing of the sale.