The suspension of ULURP will push back several construction projects around the city, including Industry City’s plan for expansion. 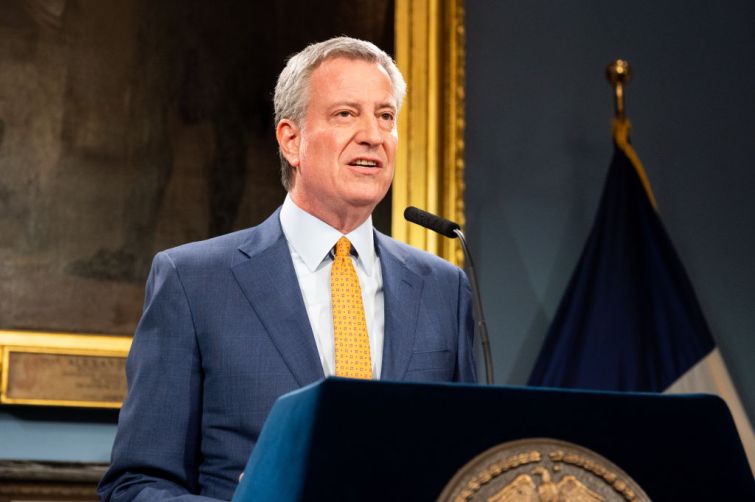 The Uniform Land Use Review Procedure (ULURP) — the months-long process developers are required to go through if their project doesn’t fit with the neighborhood’s current zoning laws — was halted via executive order by the mayor last night as the city looks to limit public gatherings and slow the spread of the coronavirus.

The ULURP process requires local community boards and several city agencies — including the New York City Council — to meet and weigh in on potential zoning waivers for developments around the city. Under the executive order, the groups will not meet and the need for politicians like borough presidents to weigh in on land use permits will be suspended, according to the CPC.

The move will delay several large developments currently going through the ULURP process around the city, including Industry City which is seeking a controversial rezoning in Sunset Park, Brooklyn, to build another 1.46 million square feet of mixed-use space. And last month, a judge forced developers of three towers on the waterfront in Two Bridges to go through ULURP before it can proceed.

Aside from the ULURP process, de Blasio also suspended all hearings and meetings for the City Council, while the state has also halted all eviction proceedings and foreclosures indefinitely. To help limit the spread of the contagious virus, de Blasio also ordered the city’s bars and restaurants to shut down and only allow take-out and delivery.

Councilman Carlos Menchaca — who represents Sunset Park — called for a moratorium on construction site work for non-emergency projects around the city on Twitter last night because of the disease, writing, “We are putting workers in danger,” after Boston shuttered all construction projects because of COVID-19.

New York State has 1,374 confirmed novel coronavirus cases with 644 people in New York City who have contracted the disease, according to the most recent numbers released by Gov. Andrew Cuomo. There have been 12 deaths linked to COVID-19 in the state.