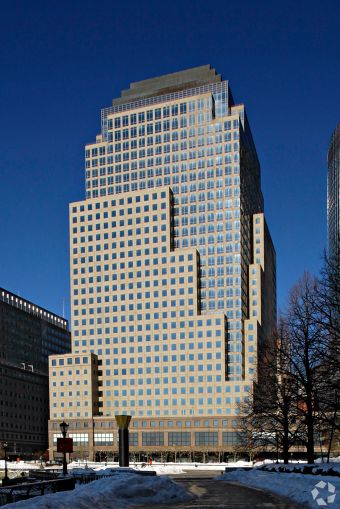 An employee at Brookfield Properties’ U.S. headquarters in the Financial District tested positive for COVID-19, the disease caused by the new coronavirus, according to an internal Brookfield memo.

The Brookfield office at 250 Vesey Street will remain open, but those who were in proximity to the employee were asked to work from home, per the memo. In addition, Brookfield is requiring employees with underlying conditions to work from home and those who are feeling ill to avoid the office.

News of the illness and the memo was first reported by Bloomberg.

The unnamed employee was feeling unwell on the morning of February 27, but tested negative for COVID-19 at the time, the memo said. He remained out of the office, except for a one hour visit on March 4, and tested positive for the virus yesterday, on March 8.

Brookfield’s memo noted it was sanitizing common areas every two hours and is deep cleaning one of its floors. In addition, the firm is asking employees who were in the immediate vicinity of the impacted employee to stay at home, as well as those who sit on the same side of the floor as the employee’s desk.

New York announced a state of emergency over the weekend after the total number of cases in the state exceeded 100. New York confirmed its first case of the virus on March 1, and its first case that could not be explained by travel to an area experiencing an outbreak on March 4, both of which were in New York City.

Worldwide, 111,000 people have contracted the virus. More than half of them recovered, while 3,892 people have died as of Monday morning, according to public data compiled by Johns Hopkins University.

Some offices are encouraging their employees to work from home and limiting business travel. Mayor de Blasio has encouraged employees to bike or walk to work rather than take public transportation.