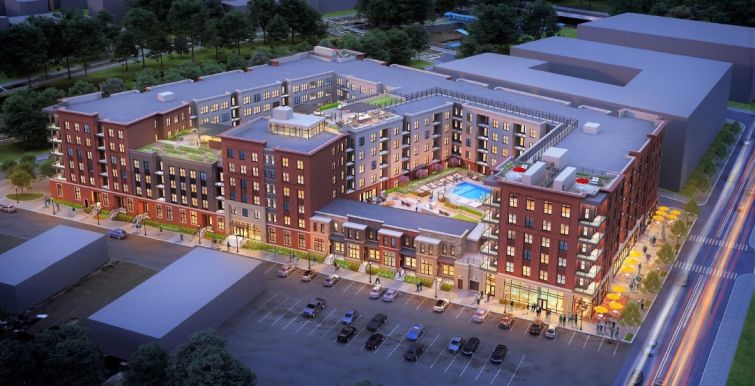 The financing will go toward the build-out of a six-story, 299-unit multifamily project at 44 Olive Street in New Haven — just a short walk from Yale University — that will include around 6,100 square feet of retail space at the ground floor. Adam America has partnered with New York-based multifamily developer Epimoni to build the asset, according to the latter’s website.

Drew Fletcher and Matthew Hirsch of Greystone Capital Advisors, the mortgage advisory arm of real estate investor and owner Greystone, sourced and arranged the construction debt on behalf of the borrower.

“[Adam America] is a top owner-developer in New York City and the tri-state area. The firm’s dynamic approach to development allows it to be a first-mover in new markets and deliver high-quality, transformative multifamily projects,” Fletcher, the head of Greystone Capital Advisors, said in a prepared statement. “The financing of 44 Olive Street was a highly structured transaction that required creativity, perseverance, and effort from the working group.”

As per Epimoni’s website, the asset will have 206 parking spaces and will include a “full floor amenity package.” It will have a pool located within an internal courtyard that will be surrounded by the building, BBQ stations, a fire pit, a theater room and a fitness center.

Adam America and Epimoni finalized their purchase of the site for $10 million in July 2018, according to a report at the time from the New Haven Independent. They picked up the property from David Adam Realty and Connecticut developer Noel Petra of Petra Development, the previous ownership joint venture that was planning to build the asset; the pair had bought the property two years earlier for just $4.5 million.

The month that Adam America and Epimoni bought the property, New Haven city commissioners voted unanimously to grant the duo a five-year extension to develop the project, giving them until Feb. 18, 2025, to wrap it up. Epimoni’s website indicates that they expect to deliver it to market this year. In March last year, New Haven city officials held a ceremonial groundbreaking for the development.

The previous developers had gotten approval from the city in 2015 to build the project, with a deadline of Feb. 18, 2020, to complete it, according to a January 2018 report by the New Haven Independent. Petra eventually came to the conclusion that the project was too big for his firm to handle, according to commentary from Petra published by the New Haven Independent in January 2018. So, in June 2017, Petra engaged Adam America in negotiations for the property and the development plans.

The development is expected to feature a mix of townhomes, studios and one-, two- and three-bedroom units, according to the New Haven Independent’s report.