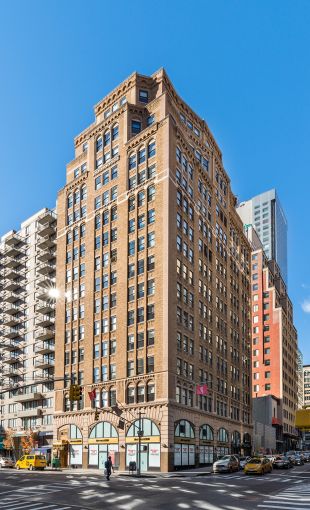 When the Gorjian family renovated 192 Lexington Avenue, they also restored the brick and sculptural details on the facade of the 1920s building. Image: Gorjian Real Estate Group 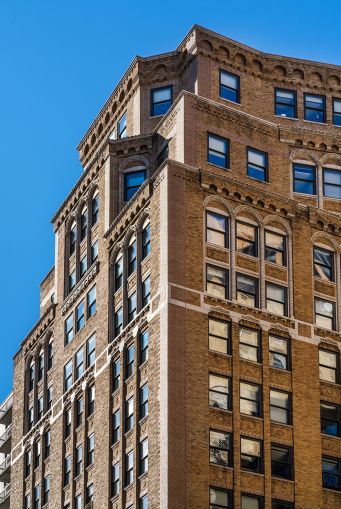 Another close-up of the facade of 192 Lex. Image: Gorjian Real Estate Group 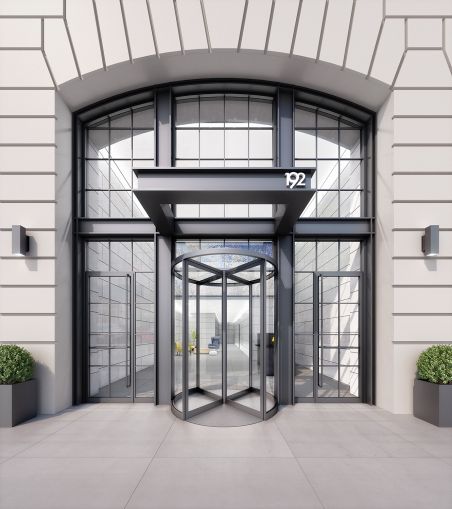 The new lobby includes sculptural seating, stonework on the walls and leather panels on the walls of the elevator lobby. Image: Paperfarm 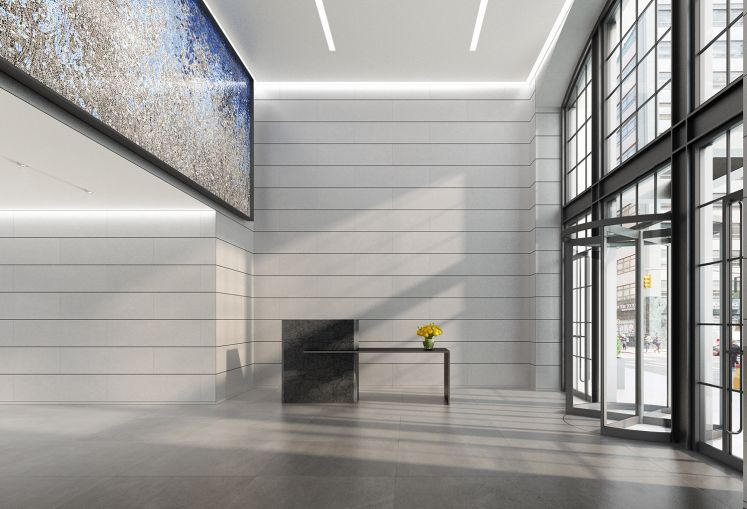 A custom-designed Italian mosaic has been affixed above the upper portion of the lobby. Image: Paperfarm 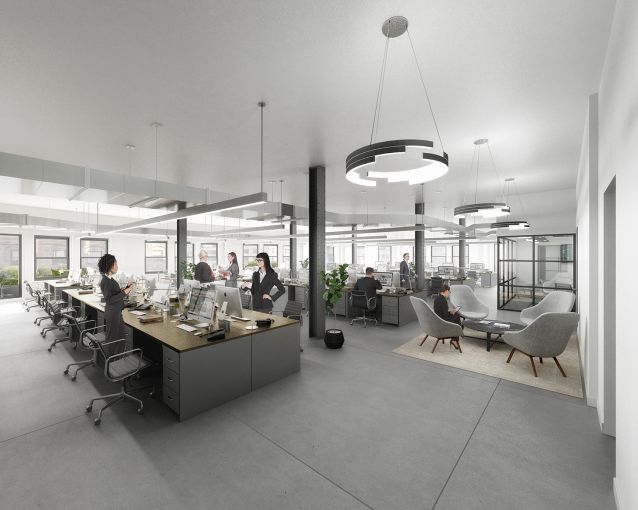 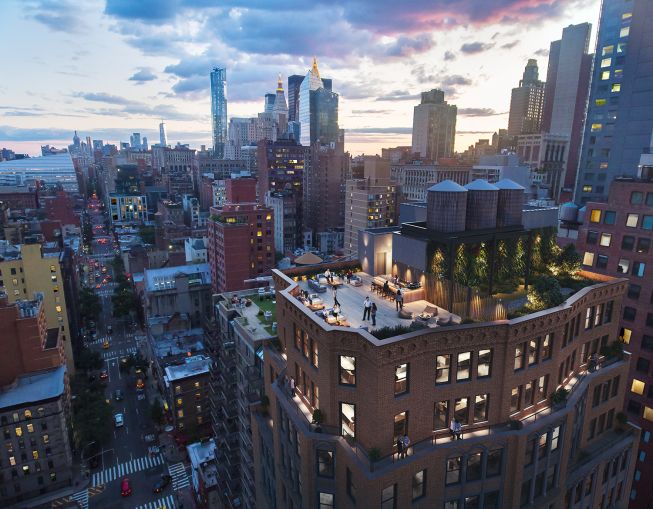 The top floor tenant will get a new, large roof deck with seating and landscaping. Image: Paperfarm
Previous Next

When the Gorjian family bought the 1920s office building at 192 Lexington Avenue in Midtown South, they found drop ceilings, an outdated lobby and a handful of floors with unused, inaccessible balconies.

So, Justin Gorjian, one of the executives at his family’s eponymous company, Gorjian Real Estate Group, decided to revamp the 17-story property with a new lobby, new entrance, a roof deck and balconies on three floors. He brought in a team to restore the brick facade of the Art Deco building, which has windows framed with plaster details like Corinthian columns, grimacing faces and wreaths.

In the lobby, he reclaimed roughly 200 square feet from the ground floor retail tenant, Mattress Firm, to expand the space and create a double-height glass entryway. The lobby walls and floors have been reclad with light gray Italian stone, and the reception desk and elevator lobby is covered in black leather panels, also shipped from Italy. A rippling-and-gray glass mosaic — another item custom-designed in Italy — has also been installed across from the entryway. Gorjian said that they’d been lucky to get most of the materials out of Italy before the coronavirus epidemic locked down the entire country. He explained that he and his siblings grew up in Milan and have connections with construction suppliers there. And the Gorjians purchased a pair of abstract curved brass sculptures from a nearby gallery that function as seats in the lobby.

The building has been 85 percent occupied during much of the renovation, which made it challenging to do the lobby work.

“The lobby was very difficult, having 700, 800 people going in and out of that lobby while we were taking down the mezzanine,” said Gorjian. “That was a challenge, but thank God, we managed to do it very fast.”

Construction work began in July and wrapped in early January, he said, although the leather panels for the elevator lobby were delayed and were just installed.

Upstairs, the second and 14th floors are being converted to prebuilt office suites. The 14th floor is complete, with glass-walled conference rooms, suspended circular LED lighting fixtures, and modern kitchens with rustic off-white marble backsplashes, black cabinets and appliances and a white island. The building also has setbacks on the 14th and 16th floors that created balconies, but they were previously unused and featured 5-foot-tall parapet walls that made it tough for workers to see over. The parapets were lowered and glass walls were added, and pavers were installed on the balcony floors.

The building’s leasing team — Newmark Knight Frank’s David Falk, Eric Cagner, Alex Leopold and Bernard Weitzman — is marketing the 16th and 17th floors as a penthouse that includes a landscaped top-floor roof deck. Asking rents in the building range from the low $60s per square foot on the lower floors to the mid-$70s per square foot on the top two floors. The roof deck has pavers installed and will be outfitted with seating and landscaping, depending on what the 17th-floor tenant wants.