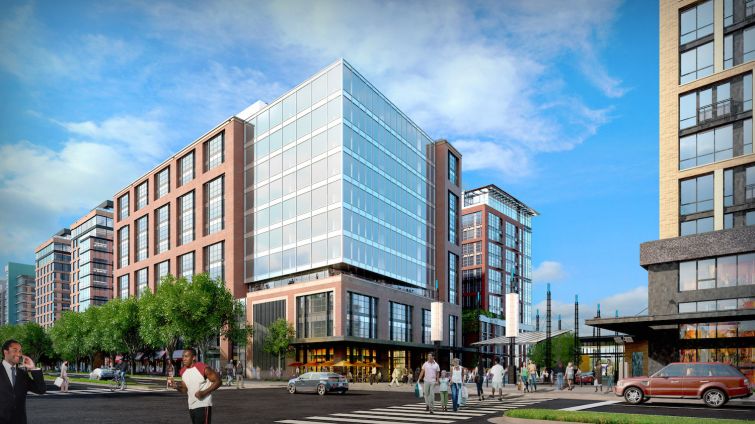 The American Psychiatric Association has acquired the top three floors of 800 Maine Avenue SW, an office building in Washington, D.C.’s The Wharf neighborhood, from Hoffman-Madison Waterfront, according to the APA.

The price of the deal was not disclosed, but public records revealed the purchase price at $45 million.

“This is a very meaningful deal as the APA’s decision to purchase their office space demonstrates the continued support and belief in The Wharf by a highly respected organization,” Monty Hoffman, founder and chairman of Hoffman & Associates on behalf of the Hoffman-Madison Waterfront development partnership, told Commercial Observer. “The APA was the first office tenant to sign onto the vision of The Wharf, and we are proud to continue to partner with this respected organization.”

The APA utilized the space for its administrative offices, as well as a rare books room, a member lounge and art installations.

“The purchase of the headquarters is a wise investment for the APA and its members,” Bruce Schwartz, APA’s president, said in a prepared release. “This purchase increases our visibility to the general public and solidifies our position in the nation’s capital where we can best influence and advocate for the laws and policies that impact our profession and our patients.”

While the Hoffman-Madison Waterfront ownership group has sold residential condos previously, this is the first commercial piece of the project the developers have sold.

“The option to purchase the 800 Maine office space for their headquarters was negotiated as part of their original lease agreement, which has not traditionally been a part of our business model,” Hoffman said.

Other notable tenants in the building include BAE Systems, Lumark Technologies, MakeOffices and Van Scoyoc Associates.

In September, Commercial Observer reported that Goldman Sachs lent a record-setting $847 million in financing to fund the construction of the second phase of The Wharf, which when complete, will consist of 3.2-million-square-foot on the Potomac waterfront.