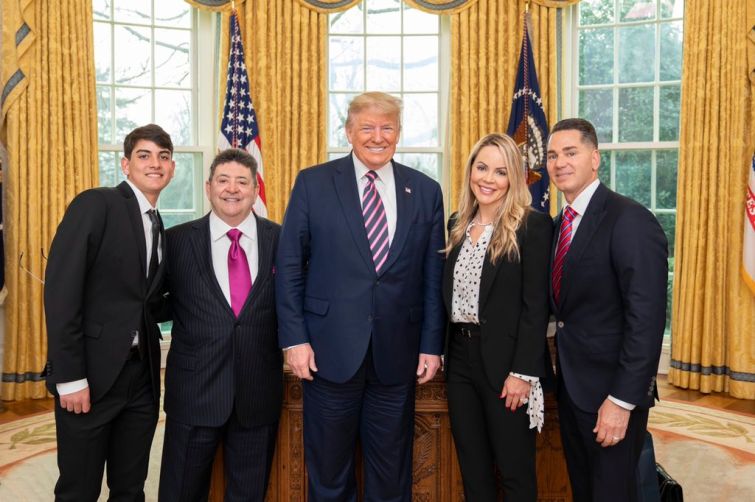 The exec, who also reveled in his ownership of the San Francisco 49ers, was convicted in a gambling extortion scandal more than two decades ago. Although DeBartolo did not serve prison time, the pardon erases the conviction from his record. It was among seven pardons granted by President Trump this week, along with four commutations, including for former Illinois Governor Rod Blagojevich.

DeBartolo Jr. had pleaded guilty in 1998 after he failed to report a felony, in which he reportedly paid a $400,000 bribe to former Louisiana Governor Edwin Edwards for a riverboat gambling license. DeBartolo Jr. admitted that he did not report that Edwards demanded the funds in exchange for the license. In exchange for his testimony, DeBartolo did not serve jail time. He was convicted and sentenced to two years of probation, and paid $1 million in fines.

The executive currently serves as the CEO and founder of Tampa, Florida-based DeBartolo Holdings, which manages the DeBartolo family’s investments, according to the firm’s website.

In the early 1990s, he spearheaded the initial public offering of his family’s shopping mall business — the Edward J. DeBartolo Corporation, which was founded in 1944 by his father, Edward J. DeBartolo, Sr. — which debuted in April 1994 as the DeBartolo Realty Corporation with a portfolio of 51 malls, 11 community centers and land, according to a SEC filing.

Two years later, in 1996, the REIT merged with SPG in a $1.5 billion deal that also included the assumption of $1.5 billion in debt. The agreement would help “solidify Simon’s position as the largest developer and operator of shopping centers in the country,” the New York Times reported at the time, noting the combined portfolio totaled 111 malls, 66 strip centers and six retail centers. SPG operated for a few years as the Simon DeBartolo Group before reverting back to its original name.

The DeBartolo family’s holdings also include Tampa-based DeBartolo Development, which is run by DeBartolo Jr.’s half-brother, Ed Kobel. Over the past 17 years, DeBartolo Development has invested in at least 166 assets valued at approximately $5 billion in states including Florida, Illinois and Hawaii, according to the firm’s website. The portfolio currently includes more than 4,000 multifamily units and 1.6 million square feet of retail, as well as hospitality, industrial and mixed-use space.

DeBartolo Holdings and DeBartolo Development did not return requests for comment.

DeBartolo Jr. owned the San Francisco 49ers for more than two decades until he was suspended by the NFL following the 1998 conviction. During his ownership, the team won five Super Bowls, and DeBartolo was elected to the Pro Football Hall of Fame in 2016. His sister, Denise DeBartolo York and her husband currently run the football team.

DeBartolo Jr’s current net worth is $2.5 billion, according to Forbes, which ranks him as the No. 319 richest person in the U.S.