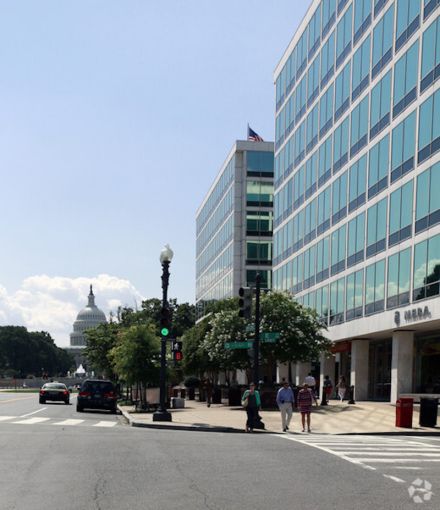 The political association inked a 12-year deal for the second floor at the property, located at 400 North Capitol Street, NW, according to information from Savills, which represented the tenant. As part of the deal, there will be a complete demolition and rebuilding of the space.

“NGA had been in their space for a long time,” Wendy Feldman Block, Savills’ senior managing director, told CO. “Several main things drove the desire to completely rebuild: a desire to bring in more natural light to workstations, the need for a more centrally located ‘café’ that could serve as multi-purpose space, better flow within the premises and different conferencing alternatives.”

The end result will pull private offices off of the windows, allowing workstations to have abundant natural light while private offices will have all-glass fronts. The office will also include new lights, ceilings and furniture.

MEBA Pension Plan owns the building while State Services Organization (SSO), a nonprofit co-founded by the NGA that leases office space to its members, served as the sublessor. SSO manages the full 225,000-square-foot of office space at Hall of States, according to its website.

The property, close to Capitol Hill, is home to more than half of all U.S. state offices. It’s walking distance to Union Station and both the Senate and House offices. It’s also home to many of Washington’s top media and government relations offices.

“Most states in the U.S. have an office here,” Block said. “Given that this is the National Governors Association, it is important for them to be located in proximity to their members.”

According to Block, as the work is being completed, the NGA will move out of their space and occupy temporary swing space in the building.

Joining Block on the deal was Savills’ David Cornbrooks while SSO was represented by CRESA and West Lane.

Lincoln Properties handles the leasing and property management of the property. Adam Biberaj handled the negotiations for Lincoln on this deal.