One of Israel's big areas of expansion has been the large number of innovative proptech companies, some of which have already hit the U.S. 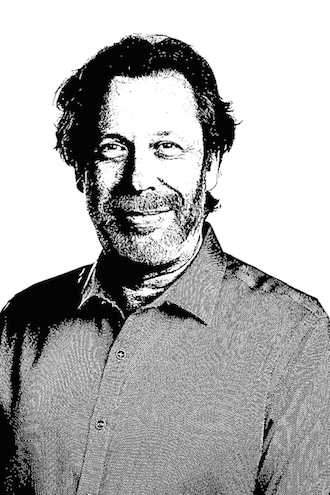 There are currently over 6,400 startup companies operating in Israel, and more are launching every day. With only around 9 million inhabitants in total, the country has justly earned the moniker of the “Startup Nation.”

This breeding ground has led to many success stories in recent years such as Waze, which sold to Google for $1.3 billion, and Mellanox, purchased by Nvidium for $6.9 billion. In 2017, self-driving technology maker Mobileye was sold to Intel for $15.3 billion, representing the largest acquisition in the country’s history.

Intel opened its first development facility in Israel in 1974, and today it is the nation’s largest tech employer with an estimated 12,000 workers. In total, there are now around 220 US multinational corporations with innovation-related activity in the country, and over 650 Israeli tech companies have offices in the United States, according to Meir Valman, a senior analyst at Start-Up Nation Central.

And one of the big areas of expansion has been the large number of innovative proptech companies coming out of Israel, some of which have already started to penetrate the US market.

Obligo, founded by brothers Omri Dor and Roey Dor, is partnering with several real estate companies in the United States — including Yardi, Stonehenge, HFZ Capital Group and Olshan Properties — to provide a new financial standard to replace the security deposit.

Backed by Sequoia Capital and DWS Group, Skyline AI is a leading artificial intelligence investment manager for commercial real estate. The company uses machine learning and AI to predict risks, yield and profitable deals for its partners, which include JLL and Silverstein Properties. Skyline has offices in Tel Aviv and New York.

Another Israeli proptech startup making inroads into the US market is SolidBlock, which is best known for the successful tokenization of the five-star St. Regis Aspen Resort in Colorado, using the crowdfunding site Indiegogo to raise over $18 million. SolidBlock utilizes real estate asset tokenization to transform real estate into a tradable financial product, giving investors the opportunity to buy shares in a property without owning the entire building.

Tel Aviv-based MyTower, which offers an all-in-one online property management platform for building managers and residents, recently announced it will begin offering its services to real estate owners in the United States. They include property management tools such as a BI (Business Intelligence) platform to anticipate user needs, proactive and preventative maintenance, and a unified property dashboard. Furthermore, a customizable concierge service and amenities platform allows tenants to schedule room service, spa use, housekeeping, laundry service and more.

International real estate company Gindi selected MyTower to provide a facility management and services solution for Gindi TLV, a residential community in Israel with more than 1,400 apartments. MyTower created a shared platform for management and tenants, with the ability to communicate via email, push notifications or SMS to owners and tenants in a quick and easy way.

According to recent research by Contech and innogy Innovation Hub, there are approximately 120 Israeli startups in the Israeli PropTech landscape. Since 2015, an estimated $900 million has been invested in the industry, versus around $30 million before that period, with strong upward momentum expected to continue into 2020 and beyond.

Real estate companies in the United States that are looking for new ways to innovate, as well as stay ahead of the competition, would be well served to further explore the Israeli proptech revolution.

Oded Eliashiv is principal and founding managing partner of BuiltUp Ventures, which invests in innovative, early-stage Israeli proptech companies (its investments including holdings in SolidBlock and MyTower). He is also managing partner of B-Seed, an investment arm of Besadno Group that invests in early-stage technology firms and has founded multiple startups including EPOS.