Distressed retail investors look to a strategy of subdividing and selling parcels individually to unlock value and stabilize properties. 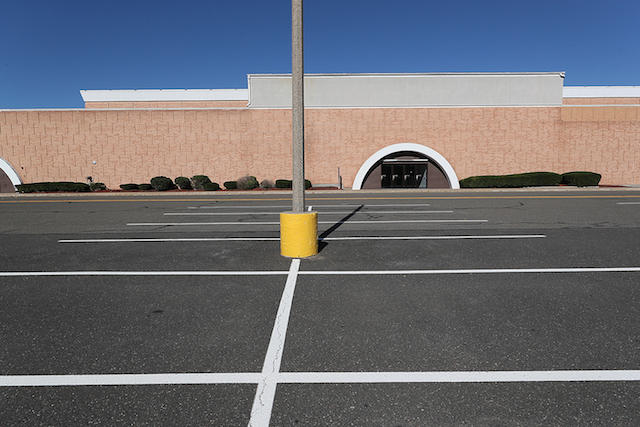 The new owners of a deeply distressed mall in northern Connecticut were able to capture the asset for a mere $10.9 million a little over a year ago.

But since fetching the 559,108-square-foot Enfield Square Mall from a commercial mortgage-backed securities pool in December 2018, the buyers, Namdar Realty Group and Mason Asset Management, have spent much of that time in limbo. While the mall, located on the outskirts of Hartford in the town of Enfield, had seen an exodus of anchor and inline tenants — leaving it to be called a “ghost town” by some local accounts — the new owners, local officials and community members had trouble putting their heads together on a shared vision.

After all, if retail has become a story of “have-and-have-nots,” what’s a town’s best strategy in dealing with an aging, deserted property that finds itself squarely on the losing side of that equation?

In the case of Enfield, the answer lies in a subdivision strategy.

Late last month, the new owners finally received unanimous approval from the town’s planning and zoning commission to subdivide the lot’s eight parcels into 13 in order to sell them individually to investors. The idea is that the subdivision would open the door for a redevelopment of some or all of the divided outparcels (pending further permission from Enfield city officials) while providing liquidity to Namdar and Mason to improve the property where deemed necessary.

“Subdividing within retail centers allows more flexibility in the redevelopment of a property,” Mason president Elliot Nassim told Commercial Observer in a statement, although he would not detail any current plans. “We hired a director of redevelopment to engage with the local community as the first step in identifying their needs, informing a multi-faceted master redevelopment plan for Enfield Square.”

Nassim added that the Mason and Namdar partnership will announce a number of initiatives for the site in the next few months. Officials at Namdar could not be reached.

The move is somewhat typical in the playbook for distressed retail investors. Jonathon Reeser, a vice president of acquisitions at New York-based real estate private equity firm Somera Road, which aims at identifying and acquiring distressed assets across the country, pointed to Somera’s work at a 220,000-square-foot retail property called Century Center in Modesto, located in the Central Valley region of California.

After acquiring the property, Somera carved out a new parcel around a Chase Bank branch and sold it to the bank at a five cap rate. The firm then terminated a lease with a go-kart operator at another lot, a move which faced some community opposition, and backfilled the space with a seniors’ care facility and clinic.

“Neighbors wanted [the go-kart track … but] the go-kart guy isn’t bringing anyone to the center,” Reeser said. “With the senior care facility, you have hundreds of people cycling through, dropping off [their relatives], making a Chase deposit and going to the restaurants. You want to create a cohesive environment.”

He added that reducing risk is a top priority following the acquisition of a distressed retail center.

“With a lot of these [centers], there are outparcels with a Chili’s or a Cracker Barrel, and you can sell them off at a tighter cap rate if there’s some term left on them.” Reeser said.

The benefit of subdividing retail assets into “smaller, bite-sized acquisitions” means that “they trade, because people are afraid of large retail risk, institutions included,” he said. “I think you will increase your buyer pool there.” For parcels in smaller areas, like Enfield, the buyer pool could include local investors like doctors or retirees, he added.

As of now, Enfield is anchored by a Target, which occupies 126,000 square feet on a lease that expires in 2027, and a Cinemark movie theater called Enfield 12 Cinemas. Other retailers include Party City, Outback Steakhouse, GNC and Panera Bread, among others.

The Enfield Square retail center is part of a five-property CMBS mall portfolio that’s been bleeding cash since the $240 million bundle was securitized in the $3.9 billion J.P. Morgan Chase-led JPMCC 2006-LDP CMBS deal, which was issued in June 2006. Besides the Enfield disposition, two other malls have been sold out of the trust for a mere $20.5 million in 2007. The remaining two centers appraised for $66.7 million in May, with one of them — a center in Los Angeles’ Eagle Rock neighborhood — currently being marketed as a redevelopment play.

Enfield Square’s occupancy plunged from 96 percent in 2006, per loan documents, to about 58 percent at the time of its sale in late 2018, according to its listing on Ten-X. The mall bid adieu to JCPenney in 2000; Macy’s closed its store in 2016, though the retailer still owns its 75,000-square-foot building and parking lot; and Sears shut down in 2017.

Built in 1971 and renovated in 2001, the mall at 90 Elm Street can be considered the commercial center of the Enfield community. How Namdar and Mason, both based in Great Neck, N.Y., will relinquish the subdivided lots remains to be seen (the firms have yet to provide an outline to Enfield city planning officials, detailing what they will do with the parcels, despite the city’s repeated demands).

Ken Nelson, a chairman of the city’s planning and zoning commission, has expressed the group’s concerns over Namdar not providing evidence of what it plans to do with the parcels it wants to sell off. He has said the city was eager to allow them to subdivide the site but didn’t want to be left out in the cold on how the pads will be utilized.

“I think it would be great if we had some type of multi-site kind of development,” Enfield Mayor Michael Ludwick told NBC in January 2019, after Namdar bought the site. “But I don’t want to put any restrictions or scare anyone away. We’re willing to sit down with the developer.” He added that he hoped a potential redevelopment would help boost the area’s economy.

“Typically [the local players are] somewhat supportive,” Reeser said. “No one wants a dead mall or location within the community. Institutional guys veer away and put a black line through mall assets, while more entrepreneurial shops take this [kind of stuff] on.”