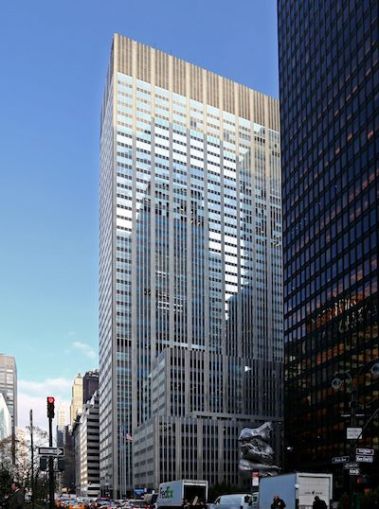 Lexington Partners signed a 15-year lease for the entire 20th and 21st floors of the 41-story tower between East 53rd and East 54th Streets, according to tenant brokers JLL. Asking rent was $110 per square foot.

The firm has several offices around the world — including in Boston, London, Hong Kong and Santiago, Chile — and currently has its headquarters blocks away from 399 Park at 660 Madison Avenue. It plans to relocate to its new digs at the end of the year, according to JLL.

JLL’s Martin Horner, Jim Wenk and Kirill Azovstev represented Lexington Partners in the deal while Peter Turchin, Gregg Rothkin, Arkady Smolyansky, Evan Fiddle and Caroline Merck of CBRE handled it for Boston Properties. A spokeswoman for CBRE did not respond to a request for comment.

“Lexington has been consistently expanding its headcount over the years,” Wenk said in a statement. “[The building] was a perfect fit to accommodate the growth of Lexington’s investment business.”

Boston Properties’ 1.7 million-square-foot 399 Park was the former headquarters of Citigroup but the investment bank departed in 2017 and left 480,000 square feet vacant, as Commercial Observer previously reported. Since then, the landlord has inked deals for the majority of that space with tenants including Owl Rock Capital Partners and Peterson Management.

Other tenants in the property include investment banks Morgan Stanley and Moelis & Company and insurance firm Starr Companies.