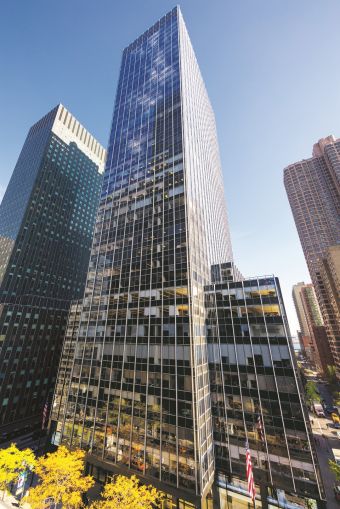 Law firm Katsky Korins is staying put at Fisher Brothers’ 605 Third Avenue and has signed a 12-year lease for a new space within the Midtown property, Commercial Observer has learned.

Katsky Korins signed a lease for 19,871 square feet on the building’s 17th floor, and will relocate from an existing 23,896-square-foot space, according to information from the landlord.  Asking rent at the property was in the mid $70s per square foot, according to a person with knowledge of the deal.

The general practice law firm has been located at the 44-story property, located between East 39th and East 40th Streets, since 1988.

“Katsky Korins has been a valued tenant for over three decades, and we are pleased we could accommodate their move to new and upgraded space within the tower,” Ken Fisher, a partner at Fisher Brothers, said in prepared remarks.

Fisher Brothers invested $25 million to renovate and amenitize the building, and the overhaul was completed in 2016. The investments included a new entrance and lobby designed by David Rockwell, and an amenity space on the seventh floor managed by Convene.