Icahn School of Medicine Signs for 12K SF on UES 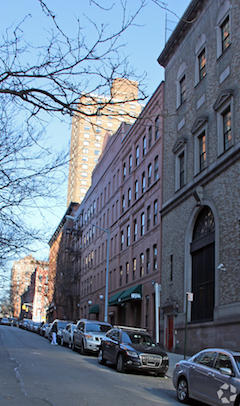 The Icahn School of Medicine at Mount Sinai Hospital will be taking 12,000 square feet of office space at 207 East 94th Street on the Upper East Side, Commercial Observer has learned.

The med school signed a 10-year lease for space on the second and third floors of the property, according to information from the landlord, Vertical Projects NYC. Asking rents were $55 per square foot.

The building, located between Second and Third Avenues, is located a few blocks southeast from the main Mount Sinai Hospital campus. The Icahn School plans to use the new space to expand its administrative offices for its pediatrics, cardiology, and hematology and oncology units.

“Several entities were seriously interested in the space, but Mt. Sinai occupies other space in several of our properties, so we decided to choose them,” said Elie Hirschfeld, president of Vertical Projects, in prepared remarks. “And Mt. Sinai is not only one of the nation’s leading medical institutions and a valued tenant, but a quiet user.”

The Icahn School of Medicine serves as the medical school for the Mount Sinai Health System, which includes eight hospital campuses, with more than 5,000 faculty and nearly 2,000 students, residents and fellows, according to its website.