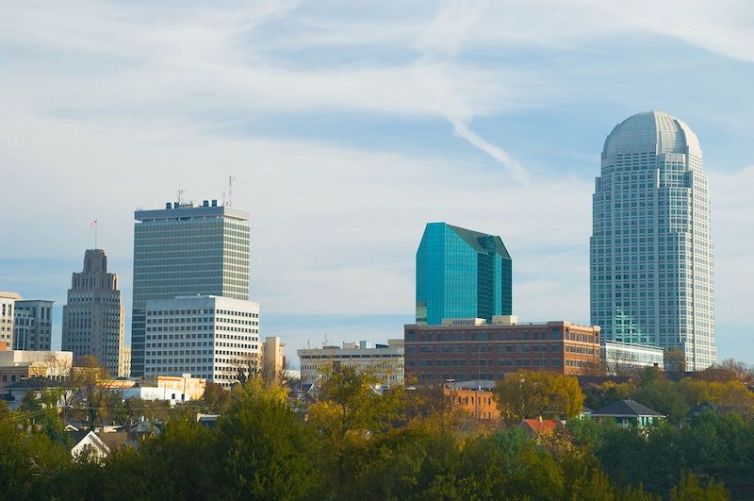 EBSCO Income Properties has scored $38.2 million in Freddie Mac-backed debt from Hunt Real Estate Capital for the acquisition and lease up of a newly-built, luxury rental building in Winston-Salem, N.C., Commercial Observer has learned.

The 13-year loan is on a 30-year amortization schedule and includes interest-only payments for the first six years.

An official at EBSCO did not immediately respond to an inquiry.

“Although this deal had numerous moving parts — including a tax abatement — everyone worked hand-in-hand to bring it to a successful close,” Chad Hagwood, a senior managing director at Hunt Real Estate Capital, said in prepared remarks. “Teamwork makes the dream work!”

Built last year, the apartment community is housed on a 4.3-acre site just a couple blocks from the city’s BB&T Ballpark, the home of Minor League Baseball’s Winston-Salem Dash, the Single A-Advanced affiliate of the Chicago White Sox. The four-story elevator property is a single building laid out somewhat shaped like the capital letter “F”; it wraps around an interior pool and courtyard area and has access points along North Green Street and the adjacent Brookstown Avenue. Of the asset’s 229 units, there are nine different one-bedroom layouts and three different two-bedrooms, sources told CO. The community also offers 286 parking spaces, 121 of which are leasable spaces located within a ground-level parking garage.

“West End Station offers Class A community amenities and unit interior finishes, with walkability to all of downtown’s employment, nightlife and retail offerings, while also being conveniently removed from the congestion and traffic of other competitors further east,” Hagwood said.

The property features a resident common area with a demonstration kitchen, a salt water pool, a yoga and spin room and fitness center, an elevated courtyard with a fire pit, a secured interior bike storage area, a dog park and a pet spa. And its parking garage is a controlled access lot that includes electric car charging stations.

Monthly rents at the property range from $1,130 for 600-square-foot one-bedrooms to around $2,400 for nearly 1,200-square-foot two-bedroom residences, according to information on Apartments.com.