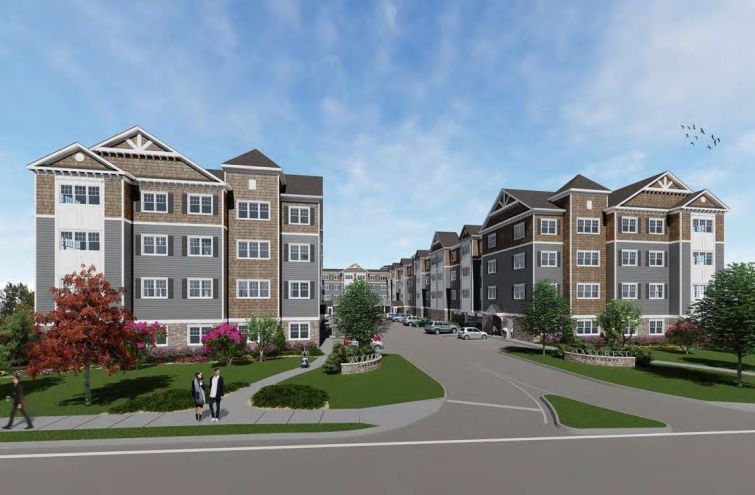 The loan, from M&T Bank, has a construction-to-permanent structure that allowed Feil to lock in a fixed interest rate for a long-term financing that will carry the developer even beyond the construction and lease-up period, according to Paul Ciancimino, an M&T executive.

Ciancimino declined to disclose additional details about the loan’s terms.

The project, at 2930 Rockaway Avenue in Oceanside, is about 20 miles east of Manhattan. The four-story rental building will set aside ten percent of its apartments for low-income residents, and amenities will include an outdoor deck, a game room, a gym and a yoga studio. Renderings of the project show an H-shaped structure built around street-level parking spaces for residents.

One of the site’s main attractions is its nearness to the Long Island Rail Road’s East Rockaway station, Ciancimino said. During the morning rush hour, trains from there make the trip to Manhattan’s Penn Station in about 45 minutes.

“I think it’s a really wonderful opportunity for anyone who wants to be in that area to have a full-service property with a full-service amenity package,” the M&T banker said. “Being that you’re a little farther out [from New York City], you can have access to the Long Island beaches while still having a very easy commute.”

Feil has owned the site since the 1970s. The land has been vacant since 2012, when Hurricane Sandy destroyed a much smaller apartment project that stood on the plot.

After Feil outlined plans for the new project four years ago, Nassau County’s Industrial Development Agency granted the firm tax abatements and exemptions to help finance the development. That arrangement has drawn criticism from some nearby residents, who have also raised concerns about worsening traffic, according to the Long Island Herald.

“The agencies offer a wonderful alternative to any of our clients who are looking for long-term financing, and their rates are quite attractive,” the banker said. “The benefit to working with M&T is that the approval process in general is a bit easier, and there’s a little bit of flexibility when it comes to structure. I think this is a good example of that.”