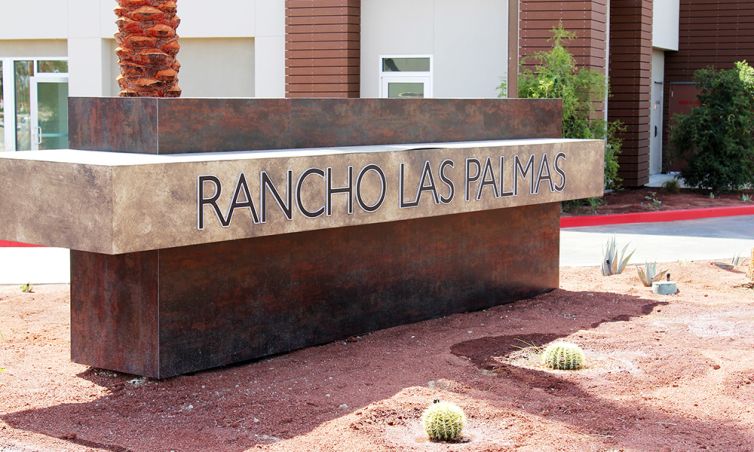 The five-year, floating-rate debt retires previous financing on the shopping center, which is anchored by a CVS Pharmacy, a Stein Mart and a Hobby Lobby.

“Having recently undergone a transformative renovation and given the diverse tenant profile currently in-place, the property provides a destination shopping experience which is expected to continue to attract long-term, strong tenants,” Stolly said in a statement.

A representative for CIT Bank did not immediately respond to an inquiry.

Redeveloped by Paragon in 2016, the 163,500-square-foot shopping center — located at 42-540 Bob Hope Drive, at the intersection of Highway 111 in Coachella Valley — is 85 percent leased and can house up to 35 tenants, sources told CO. Prior to the 1970s and 80s, when it was transformed into a commercial center to service the Coachella Valley, the site had played host to an airstrip. DRA Advisors has owned and operated the asset since 2017, sources said, and Maggie Montez of Lee & Associates handles leasing, according to DRA’s website.

Prior to Paragon’s redevelopment of the center, it did not have access points from Highway 111 — only along Bob Hope Drive — which kept the site somewhat hidden and created an issue around access. Paragon fixed that and also added new public plazas, outside patios for some of the retail tenants, “drought-tolerant” landscaping and charging stations for electric vehicles, according to comments made in 2015 by Erwin Bucy, the founder and principal of Paragon.

To make the site more visible, Paragon demolished five buildings along its frontage on Highway 111 to create the new access point. It replaced the demolished properties with a stand alone CVS and a new outparcel pad for a restaurant. Bucy told Palm Springs Life in 2015 that the work “not only opens up the visibility to the anchors but also to our shop tenants.”

“The Coachella Valley is an affluent area consisting of resort communities, is close to Los Angeles, and has a large inventory of recreational facilities,” Roeschlaub said in a prepared statement. “The center’s high-quality tenant mix caters well to the surrounding area’s demographic profile. With an acute knowledge and understanding of the asset and having ownership interest in more than 53 million square feet of retail properties throughout the country, DRA Advisors will continue to operate the property and execute its business plan.”

Ths refinance comes not long after El Segundo-based Paragon, which aims at acquiring and redeveloping underutilized shopping centers, announced in late January that it was planning to sell a handful of its shopping centers in California for $100 million. Last year, the firm had announced that it was planning to unload around $500 million over the next year and a half to acquire and redevelop retail centers around the state, but mostly focused in Los Angeles County.

Calls to officials at Paragon and DRA were not returned.