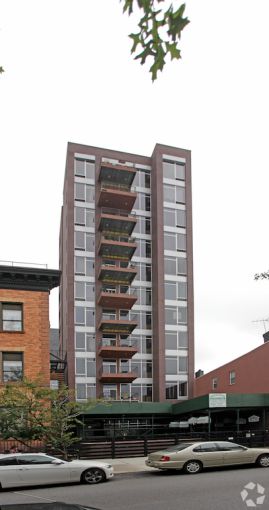 CCRE and KeyBank co-originated the seven-year, fixed-rate loan to sponsorship entity Acuity Capital Partners LLC. The debt which will shortly be placed in a single-asset, single-borrower CMBS deal and retired previous bank financing on the portfolio.

The assets are located in Manhattan with the exception of one Brooklyn building. One source close to the deal said the portfolio is split roughly 50/50 between rent-stabilized and market-rate properties. It includes 201 West 92nd Street, 200 West 93rd Street, 78 Riverside Drive in Manhattan and 480 Humboldt Street in Brooklyn.

CCRE — headed up by Paul Vanderslice — has been busy originating loans from coast to coast. As CO reported last month, the non-bank lender provided $31 million in financing for two South California retail assets; the Westlake Village Marketplace in Westlake Village and the Aliso Viejo Plaza in Aliso Viejo.

In late 2018, CCRE and KeyBank also teamed up to originate $152 million of debt on a portfolio of three multifamily complexes located in Northern Virginia, according to Trepp. The 10-year financing, split into a $85 million senior loan and $67 million of subordinate debt, also landed in the CMBS market spread across three deals.

Officials at CCRE and KeyBank declined to comment. Mendel Mendelowitz and Eugene Mendelowitz could not immediately be reached.