REBNY and other real estate industry groups are still struggling with state guidance over residential broker fees as well as the mayor's proposals for commercial rent control and a retail vacancy tax. 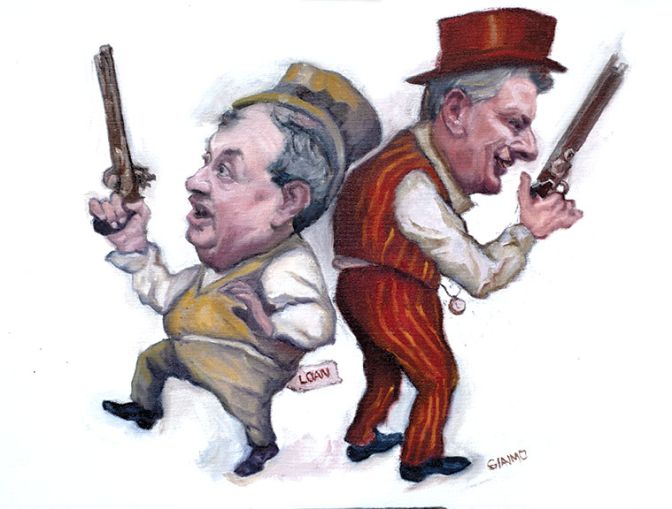 The Real Estate Board of New York, an influential real estate trade organization that represents 14,000 residential brokers in the city along with thousands of commercial brokers, once again stands on a precipice. Last year, it successfully beat back city legislation that would have capped residential broker fees at one month’s rent. Now it’s suing a state agency that claims the new rent laws mean brokers working for a landlord aren’t entitled to collect commissions from renters. And it has to grapple with a mayor who wants to impose commercial rent control and a retail vacancy tax on landlords, which would create hurdles for commercial owners, tenants and brokers.

The residential broker fee ban began on February 4, when New York’s Department of State (DOS) issued guidance that brokers working on behalf of landlords could not collect a fee from tenants. The policy was based on a section of the June rent laws, which said that landlords could not collect application fees higher than $20. The DOS, which is responsible for regulating and licensing real estate brokers, extrapolated the new state rent laws to argue that brokers working as agents for landlords also could not collect fees. Broker fees usually range from one month’s rent to 15 percent of the annual rent for an apartment.

There’s just one problem: The new rent law doesn’t specify that the provision applies to brokers. The Real Estate Board of New York, the New York State Association of Realtors and a few of the city’s biggest brokerages — including Corcoran, Brown Harris Stevens and Douglas Elliman — agreed, filing suit last Monday against the Department of State. By Tuesday, Feb. 10, an Albany State Supreme Court judge had handed down a temporary restraining order that rendered the DOS memo moot until a March 13 hearing.

The real estate trade groups released a joint statement noting that the restraining order “means thousands of hardworking, honest real estate agents across New York State can do business in the same way they did prior to last week’s DOS memo without fear of discipline by the DOS.” And so the landlord broker fee ban was temporarily suspended.

Meanwhile, the residential brokerage world has been in chaos. Many brokers have been pressuring apartment hunters into signing a contract stating that they’ve hired the broker as their representative and will agree to pay a commission if a lease is signed, according to brokers and their lawyers.

“On the Monday after, there were tenants trying to rent apartments and saying, ‘We’re not going to pay fees,’ and the landlords didn’t want to pay them,” said Lisa Faham-Selzer, a real estate lawyer at Kucker Marino Winiarsky & Bittens who works with mid-sized brokerages in Manhattan and Brooklyn. “Now the guidance is saying tenants must have an exclusive contract with the broker. I had a bunch of clients that tried to do that, and tenants were like, ‘No way, what are you doing for me?’ It’s like, who is going to pay these people?”

Leni Morrison Cummins, an attorney and partner at Cozen O’Connor, felt the temporary restraining order was an indicator that the judge would rule in favor of the real estate industry and that the DOS guidance would be overturned.

“It’s more likely than not that the petitioners will be successful and that the DOS guidance will fail,” said Cummins.

REBNY’s initial lawsuit filing argued that the DOS had overstepped the bounds of its authority with the guidance, because it essentially altered the existing rent law.

“The Department of State usurped the role of the legislature,” Cummins explained. “If the agency makes a rule they have to comply with SAPA [state agency rule-making procedures]. This was an illegal rule-making.”

She added that the 2019 rent law “only applies to lessors, sublessors, landlords and grantors. There are other provisions in the law that apply to brokers and agents. The [legislature’s] intent was not to undo an entire market practice” of paying broker fees.

The DOS guidance also introduced an element of confusion into renting coops and condos.

“In the absence of a decision from a court or other body with jurisdiction to determine such matters, the Department is not taking a position about the legality … of an agent’s collection of fees greater than $20 on behalf of a cooperative or condominium board when the board is not the owner of the rental apartment unit.” The agency wrote that a broker would “not subject a licensed agent to discipline” if they collected a broker fee on behalf of an individual coop or condo owner.

“I think everyone is a little afraid and confused,” Cummins said of condo and co-op owners, as well as their brokers. So what are brokers doing in the meantime?

But dual agency isn’t the only workaround to the broker fee ban. Andrew Barrocas, CEO of the brokerage MNS, plans to approach larger real estate developers and owners to offer brokerage services on a consulting basis. Essentially, his brokers could work in-house for a landlord in return for a fee every month, which could be cheaper than an owner ponying up broker commissions on each apartment leased.

REBNY, for its part, is trying to play the public relations game. It has brokers writing about their financial hardships in the New York Daily News and The New York Times and telling their stories on-air on NY1. Otherwise, the trade group is just waiting to see how its lawsuit against DOS plays out in court.

“At this point we’re pretty accustomed to a lot of blocking and tackling,” said Reggie Thomas, REBNY’s senior vice president of government affairs.

And on the commercial side of policy issues, the group is confident that it can tackle commercial rent control and the retail vacancy tax. Both were proposed by Mayor Bill de Blasio during his recent State of the City address, during which the mayor proposed a “blue ribbon commission” to study whether commercial rent reform could be implemented without violating the constitution.

Commercial rent control has passed through two legislative iterations in the City Council in the past two years. In 2018, it was a bill called the Small Business Jobs Survival Act, which would require landlords to offer a 10-year renewal lease to commercial tenants and to enter an arbitration process if both sides can’t negotiate a new rent. Then last November, Brooklyn Councilmember Stephen Levin introduced a bill that would create a form of commercial rent regulation similar to the rent stabilization system that exists for New York City apartments.

If the City Council passed a form of commercial rent control that included arbitration for leases, “there would be a huge arbitration business,” said Steven Soutendijk, a veteran retail broker at Cushman & Wakefield. “I have no idea who’s shouldering the cost of these arbitrations. I assume it would be shouldered equally by landlords and tenants.”

“You’d be locking in some version of the market as it is, even in some areas of the city where property values are increasing,” said Rein.

His colleague Sean Campion also pointed out that a vacancy tax would ultimately get passed on to other tenants in the building, either directly or in the form of higher rents.

On the topic of the vacancy tax, Soutendijk pointed out that retail vacancy isn’t a particularly big problem in New York City. Last year, City Comptroller Scott Stringer released a report that found the average citywide storefront vacancy rate is just under 6 percent. Landlords don’t want to leave their storefronts empty either, he said. “If the alternative is keeping the retail space dark at the base of my rental building or rent it at 15 or 20 percent less than when I bought the building, that deal pays for itself within a matter of months,” Soutendijk noted.

He added that a retail vacancy tax would probably hurt smaller landlords more than large owners like Vornado and SL Green. Co-op buildings in particular often have difficult-to-fill retail spaces, he said, because they are typically 1960s buildings with low ceilings and lots of columns.

“A retail vacancy tax would unnecessarily burden smaller landlords, like co-ops and mom-and-pop small landlords in the outer boroughs,” Soutendijk explained. “Co-ops make up a lot of the residential units in this town and many of them are dependent on their commercial rents to help defray expenses and property taxes. So now not only do they have a vacant space, you’re whacking them with a vacancy tax.”