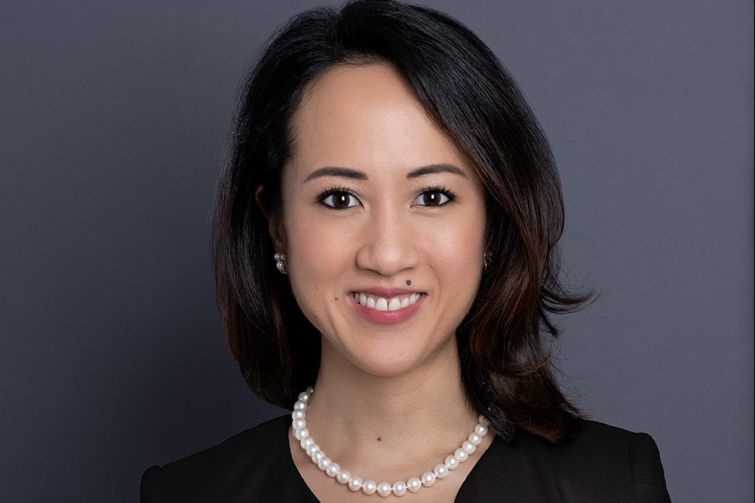 Ackman-Ziff has a new chief operating officer, and she means business. Andrea Jang was previously Americas Head of Growth at JLL Spark, where she focused on real estate venture investments. Prior to that, she was a senior vice president on JLL’s corporate development team. Now, she’s tasked with driving operational effectiveness and efficiencies across another  of New York City’s top advisory firms. Commercial Observer lunched with Jang to learn more about her first few weeks in the new role, the firm’s strategy and what she thinks the industry can be doing to encourage more women and under-represented minorities to work in commercial real estate.

Commercial Observer: Congratulations on the new role! How did the move to Ackman-Ziff come about?

Andrea Jang: It was very fortuitous in a number of ways. I saw the job posting on LinkedIn and I had met Simon [Ziff] a couple of months earlier when I was interested in joining the Urban Land Institute’s technology and real estate council. Simon is a member chair there, but prior to that we didn’t know one another. The COO role is something that I’ve been interested in for a number of years now. At JLL I was involved in a number of roles but my favorite responsibilities involved structuring growth and those that involved the blending of quantitative financials, strategy and the internal operations of a business. I was involved in a number of acquisitions there and helped to grow the entire Pacific Northwest region as well as our property management division in Northern California.

So, I emailed Simon and said, “Hey, I know we haven’t known each other for very long but there’s something I’d like to ask you. Do you have five minutes?” He said, “Sure, I have time right now.” So I called him there and then. I was standing outside Rockefeller Center and I told him some of my background. I had most recently been involved in proptech, sourcing interesting start-up companies and helping them grow once we’d made an investment in them, but I’d worked with a number of divisions within JLL on the brokerage and capital markets side.

What appealed to you about joining Ackman-Ziff?

For me, a focus on culture was very important. I’ve been very fortunate to work with wonderful leaders throughout my career as well as wonderful teams, and I wanted to be cognizant that if I were to make a move somewhere else that I would be in an environment where I felt comfortable expressing my opinions, would have a seat at the table and where I’d be able to add value and have a real impact on the firm’s success. While I was most drawn to the culture of Ackman-Ziff, the reason why culture is so important beyond the obvious — morale, reputation, and ethics within the real estate industry — is the fact that great culture results in great teamwork and superior capital execution.

You grew up in Vancouver, correct?

That’s right. My father is a real estate developer but he never pressured me to get into real estate and I’d always been interested in the make-up industry. So I graduated from Wharton and told my parents that I wanted to be a make-up artist, and they thought this was a wild idea [laughs]. But I ended up running make-up sales teams at a department store. While the cosmetics side was fun, what I really gravitated towards was managing the sales organization and I think that lends itself very well to the brokerage industry, which is synonymous with sales and very revenue driven. So, that was my first foray into sales management, and a few years later I went back to business school and did a masters in real estate. I landed in New York in 2009 — the bottom of the market — and I found a job with JLL. After a couple of years I moved over to the institutional business development side of the business because that’s really where my interest lay; working with real estate owners and helping them devise strategies for their real estate portfolios.

Was your dad happy that you’d joined the real estate industry?

He was excited. It was funny. When I told him I was working in real estate his response was, “Well of course you are! You grew up in a real estate family.” My brother is in construction management and my mother is an accountant for a construction-management and property-management firm, and so we’re all here in different areas.

You’re a few weeks into the new role now. Did you come armed with a strategy for the firm?

I think it’s still a little early for that. I’m the type of person who likes to come in, assess the landscape and absorb as much as possible. My first priority has been to get to know the people. Ackman-Ziff really prides itself on its culture as well as its performance and it’s really the people that are helping to create this company that’s had generations of success. I like to undertake an assessment of what we currently have, identify any gaps and then figure out strategically how we fill those gaps. I’m also focused on mentoring and educating the younger generation about this industry and all it entails by developing a strong program for incoming analysts and associates. We want best-in-class professionals to continue to come into this industry and promote diversity of talent. Those factors are already very much emphasized at Ackman-Ziff, but they can always be improved.

How can we encourage more women and underrepresented minorities into commercial real estate?

I’m involved with quite a few women’s organizations, including Penn Women in Real Estate and CREW Network. A lot of it is word-of-mouth. But being a very different face compared with what people have previously seen in commercial real estate sends a pretty strong signal. There’s definitely a shift occurring. It gives young women the hope that, “Oh, if Andrea has been able to rise through the ranks to this C-suite position, maybe there’s also a seat at the table for me.” It’s also about those coming into the industry, working hard and finding people who can be their mentor and champion. [It’s about] being confident in presenting your achievements and the impacts you’ve helped make. This goes for everyone.

You are involved with a number of Asian-American groups. Tell us about your activities in that regard.

When I was at JLL I formed AACRE — Asian Americans in Commercial Real Estate, which is a business resource group. Over the years I saw that there was an increasing number of Asian Americans interested in getting into commercial real estate. Traditionally Asian Americans — and especially first- and second-generation Asian-Americans — were really going into traditional careers such as law, medicine, engineering and traditional finance roles, but not real estate because it was considered an alternative asset class. I’m also very much involved in Apex for Youth, which serves underprivileged groups in Chinatown in New York City. One of the myths about Asian Americans is they are the ‘model minority’,  but they are also the largest minority population under the poverty line in New York City. There’s a lot of children growing up in Chinatown who come from refugee parents working minimum wage jobs. Apex provides mentorship and guidance so that youths and teens have vocational goals.

This is very interesting to me because — unlike most Asian Americans I’ve met today, including my husband, I’m fourth-generation Canadian and not first- or second-generation Asian American and I didn’t grow up knowing some of the challenges they’ve faced. So I’ve become very interested in helping to recruit and increase interest in the real estate industry for Asian Americans.

The challenge is a lot of the cultural norms and values that are taught from a young age, and really from thousands of years of Chinese history, are in conflict with values and ideologies that are commended in American culture. Self promotion, for example, is extremely challenging for Asian Americans to grapple with. “Keep your head down, work hard, don’t question authority” is what’s taught. This makes progress very difficult in American business, and especially in New York, because being able to have and voice an opinion confidently and articulately and being able to self-promote and show pride in your achievements are cultural values that are not promoted in Asian culture.

How can we begin to see change?

It requires a lot more work and practice and I think it’s important for Asian Americans to promote one another as well. Other cultural communities have done very well helping promote one another and Asian American communities have some work to do in terms of mentorship, hiring and closing deals together. There’s a lot that can be done. Diversity of any business is important for the growth of that business.

Of Ackman-Ziff’s business lines, is there one area you’re immediately focused on today?

We have a very robust pipeline of deals already this year, with a lot of activity on both the debt and joint-venture equity sides. This year we’re also focused on bolstering the investment-sales practice to be a full-service capital-markets advisory firm. There’s collaboration and knowledge-sharing across the investment sales and debt and equity sides of the business, so I’m confident this will be a very robust year in terms of transaction volume. Ackman-Ziff is a firm that prides itself on having very strong professionals with the ability to structure creative solutions for clients and advise them on things that are outside of the traditional.

You’re from Vancouver and have worked in New York and on the West Coast. How do you like working in New York today?

I actually first visited New York during high school when I was 15 and I knew that I’d end up here somehow. I fell in love with the city. It sounds so cheesy, but [I loved] the lights, the action, the culture, the food, the arts and the diversity — and of course the real estate. I love the fact that people are transparent and everyone is here to work really hard. As long as you work hard and stay focused, New York is a city of opportunity. There are so many diverse opinions and thoughts here, and there’s always something new. I have the type of personality where I like to be immersed in new things, and there’s definitely no monotony in New York.

What do you like to do in your spare time?

I love to eat [laughs]. My husband and I are huge foodies so we love to try new restaurants and explore new parts of the city.