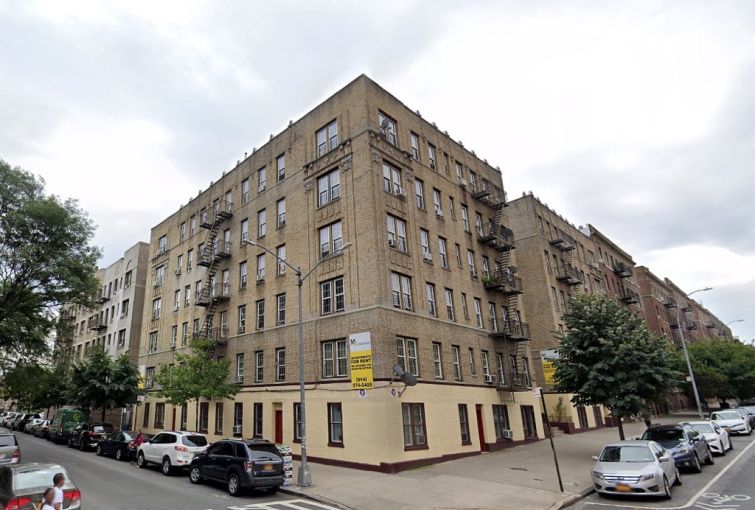 A shot of 2550 University Avenue, one of the properties in the portfolio, in Kingsbridge Heights, Bronx. Courtesy: Black Bear Capital Partners

The debt — which comprises three 10-year, interest-only loans — refinances a collection of 18 multifamily properties located throughout the Bronx.

The deal included a $77 million loan — which pays Morgan Stanley interest at a rate of 3.78 percent, sources said — to refinance nine properties, comprising 528 apartments and 17 commercial spaces, spread throughout assets in the Bronx areas of Concourse Village, Mt. Hope, Tremont and Fordham.

Then, there was a $33.3 million loan, with an interest rate of 3.92 percent. It refinances four assets, which house 209 residences and two commercial units, located in Norwood, Kingsbridge Heights and Bedford Park.

And finally, the lender provided a $32.3 million loan — with an interest rate of 3.65 percent — to retire previous financing on five properties, which sport a combined 229 apartments and 10 commercial spaces in Highbridge, Longwood, Concourse Village, Jerome Park and Norwood.

This follows a recent deal in the Bronx financed by Morgan Stanley and arranged by BBCP. Earlier this week, CO reported that Eastchester, N.Y.-based Finkelstein Timberger East Real Estate nabbed a $50.4 million loan from the investment bank to refinance a portfolio of five rental properties in the borough.

An official at The Morgan Group was not immediately available to comment. A representative for Morgan Stanley declined to comment on the transaction.