JLL and NKF also added to their West Coast Operations 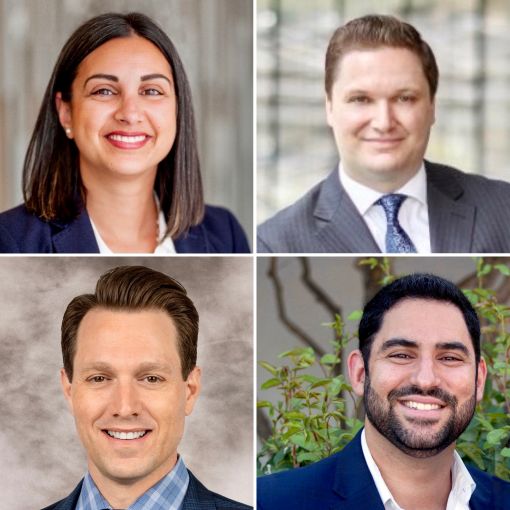 It has been another busy week for prominent real estate firms and companies which are hiring new talent to strengthen operations on the West Coast, particularly in the retail and hospitality sector.

Harbor Group International, a privately owned investment and management firm, appointed Delal Ali to lead its West Coast equity raising. Ali has 17 years of experience in the investment management industry, and she will be responsible for capital raising and institutional client relations. Previously at CIM Group, she worked on fundraising for real asset funds, and she was also a derivative specialist at Wells Fargo, where she worked with institutional, high-net-worth and retail clients

In 2018, HGI opened an office in L.A., and has made investments in the West Coast market, including the recently announced $24.25 million preferred equity investment in the Silicon Beach Live Apartments.

Caruso appointed Philipp Posch to be senior vice president of hospitality this week. Posch will be responsible for managing and growing the company’s hospitality portfolio, and for identifying opportunities within hotels and resorts. Posch was previously a general manager for Equinox Hotels’ Hudson Yards property, and also worked for Trump Hotels for more than a decade.

Posch’s hire coincides with the one-year anniversary of the opening of Caruso’s first resort, the “ultra-luxury” Rosewood Miramar Beach in Montecito. The L.A.-based firm is a privately held real estate developer that owns and operates retail, residential, office and mixed-use properties. Caruso was behind The Grove retail destination, the Palisades Village and The Americana at Brand.

“Philosophically, hospitality has always been the heart and soul of our business,” said Rick Caruso, founder and CEO of Caruso, in a statement.

NKF announced that Richard Holden is the company’s new vice president of property management for the West Coast. He has more than 20 years of experience, and he most recently expanded the Davis Partners footprint into the Bay Area, Sacramento and Washington markets.

At NKF, Holden is responsible for management operations for the region’s portfolio, which includes more than 11.5 million square feet. He will work with region market leader Greg May as well as executive vice president and regional managing director Bryan Courson.

Meanwhile, JLL continues to expand its retail expertise in Southern California, and announced the addition of retail veteran Benjie Baker as vice president. He will work with landlords and retailers across Los Angeles and Southern California from the firm’s Brentwood office. He will also help expand JLL’s urban, street and mixed-use capabilities.

Baker most recently served as associate vice president at a boutique retail firm, and he has more than seven years of experience in retail leasing, particularly in curating prominent open-air projects.

JLL has been growing its retail services on the West Coast over the past couple of years. Last year,  the company added Orange County retail experts Justin McMahon and Jared Davis, and in 2018, JLL hired development expert Greg Whitney. Scott Burns, JLL’s managing director and retail leader in L.A., said he expects the company to continue to make more hires in the region.

“The expansion of our Southern California retail team remains a focus for JLL,” Burns said in a statement.