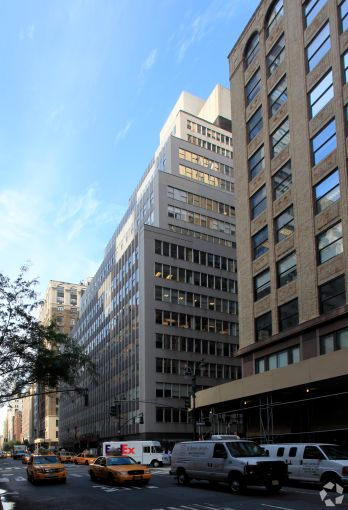 Guidepost Solutions is heading to the Sapir Organization’s 260 Madison Avenue, moving about 10 blocks south amid plans to demolish its current home at 415 Madison Avenue.

The firm has inked a lease for 18,224 square feet on part of the third floor of 260 Madison, located between East 38th and East 39th Streets in Midtown South, according to information from CBRE, which brokered the deal.

“Guidepost needed to relocate its offices from 415 Madison Avenue due to the ownership’s plan to demolish and redevelop the property,” said CBRE’s David Stockel, who represented the tenant in the deal, in prepared remarks. The firm was drawn to the building’s efficient floor layouts, proximity to major transportation options, and Sapir’s high-end turnkey buildout, he said.

The New York-based company will be relocating its executive and administrative teams to the new office. It plans to make the move in the middle of the year, the first source said.

Guidepost currently occupies about 13,000 square feet on the 11th floor of Rudin Management’s 24-story, 280,000-square-foot 415 Madison in Midtown, according to CoStar Group data.

In November, Bloomberg reported that Rudin Management had approached city officials about tearing down 415 Madison, located between East 48th and East 49th Streets. The firm is looking to build a new tower, with access to the planned extension of the Long Island Rail Road into Grand Central, utilizing development rights acquired from JPMorgan, the report said.

The area is seeing a revitalization following the Midtown East rezoning, which is driving the nearby JPMorgan headquarters redevelopment at 270 Park Avenue.

A spokesman for Rudin did not immediately respond to a request for comment.

Sapir has owned the 22-story building since 1997, along with the 28-story office tower across the street, at 261 Madison Avenue.

The landlord was represented in the deal by CBRE’s Peter Turchin, Gregg Rothkin, Brett Shannon, Tim Freydberg and Jared London.