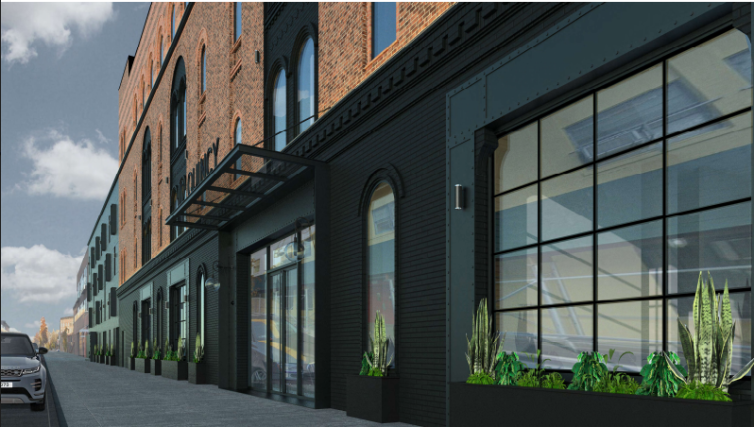 A rendering of the Quincy Street project. Image: S3 Capital

Loketch Group and Meral Property Group have picked up $50 million in financing to acquire and redevelop a parcel in Brooklyn’s Clinton Hill, Commercial Observer can first report.

The loan, from New York City-based S3 Capital, will fund the developers’ plans to build 90 apartments in two adjacent buildings in the well-to-do neighborhood, at 10 Quincy Street and 26 Quincy Street. The short-term loan aims to carry the developers through the approximately 20-month construction process, according to S3 Capital executives.

About half the apartments will be situated in the building at 26 Quincy that Loketch and Meral acquired from the Salvation Army, which used the space as a store and warehouse. Once the internal renovation of the 120-year-old brick building is complete, those units will be sold as condominiums.

The Salvation Army, a global Protestant charity based in London, announced in July 2018 that it would shutter the property, where it had operated for decades, according to Brownstoner. Francis Kimball, a noted architect who built stores and early skyscrapers in Manhattan and Brooklyn, designed the structure in 1899 as a department-store warehouse.

Forty-one more apartments will go in a separate building next door that the development team is building from the ground up. Those will be rentals.

That split structure required a creative financing approach, according to S3’s Robert Schwartz, because any future pay-down of the debt would come from split sources: a permanent refinance for the rental component of the project as well as individual condo sales.

“This is kind of what we’re best at,” Schwartz said. “And we’ve worked with these sponsors previously. They’re highly regarded, and we’re confident in their abilities to execute and build good products.”

High-end condominiums in Manhattan have been a sore spot for an otherwise booming property industry: More than 25 percent of new condos built in the borough since 2013 — a sum that amounts to more than 4,000 units — are sitting unsold, according to a New York Times report from September. The numbers are even worse for the priciest segment of the market, concentrated around Midtown’s Billionaires’ Row.

But Schwartz proclaimed confidence that the Quincy Street project would have little trouble finding buyers.

“In our experience, product in strong locations such as this one, in sought-after neighborhoods in Brooklyn, have been performing well,” the lender said. “These are going to be beautiful units, but still relatively affordable for buyers relative to other products on the market, whether for families or first-time buyers.”

The New York City Department of Buildings has already approved the construction documents and work should begin this month, as per S3’s Matan Kurman. That would imply a construction schedule that wraps in the third quarter of 2021.