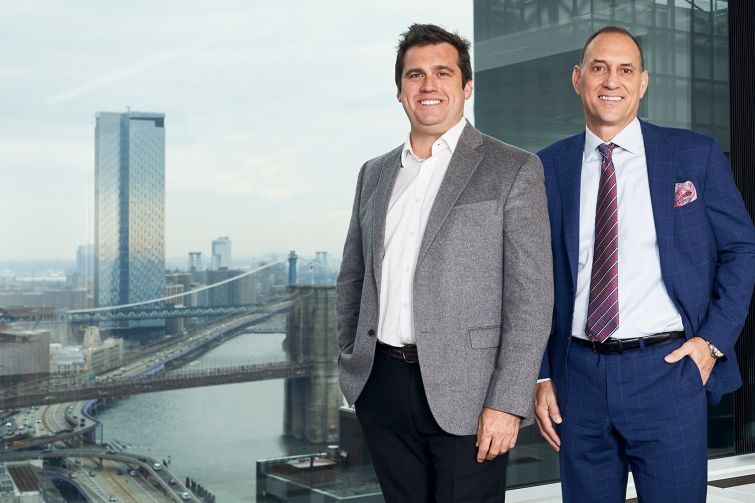 Gilbane Building Company, one of the city’s largest family-owned construction firms for nearly 150 years, is getting a new top executive as Bill Gilbane III steps away from his role as head of the company’s New York division.

Gilbane, who was the fifth generation in his family to lead the business, will move up to Gilbane’s board of directors after seven years running the firm’s office at 88 Pine Street. Longtime Skanska executive Rich Cavallaro will replace Gilbane as executive vice president leading the New York division, which includes New York City, New Jersey and upstate New York. Cavallaro started on Monday.

Cavallaro spent 23 years at Skanska and departed the multinational corporation after serving 10 years as the president and CEO of its U.S. civil and building divisions. The 58-year-old left Skanska in October of 2018 and took several months off before he started looking at other potential jobs in the construction business.

“When I heard Bill was going to move up and there might be an opportunity for me to go start there, I was really thrilled,” Cavallaro told Commercial Observer. “I’ve known Bill for many years, we’ve worked with Gilbane, and we’ve been a subcontractor with Gilbane.”

At Skanska, Cavallaro oversaw some of the largest public construction projects in New York City, including the construction of the AirTrain at John F. Kennedy International Airport, the new LaGuardia Airport Terminal B and the extension of the 7 train to Hudson Yards. The Queens native attended the City College of New York and graduated with a degree in mechanical engineering in 1983. Before starting at Skanska, he worked at the Port Authority of New York & New Jersey and at a smaller New York City construction firm.

Gilbane explained that they wanted to hire Cavallaro because of his “experience with design build and massive infrastructure projects. He has experience with putting work in place expeditiously. The fact that Skanska is one of the biggest contractors in New York … We like that Rich has that experience of being a subcontractor and running trades. We think that is very unique in his leadership skills, that he’s both run a construction management firm and run trades.”

Meanwhile, Bill Gilbane will work on “developing the synergies” between Gilbane’s construction and development companies and expanding to other metropolitan areas.