Knotel Debuts in the DC Market 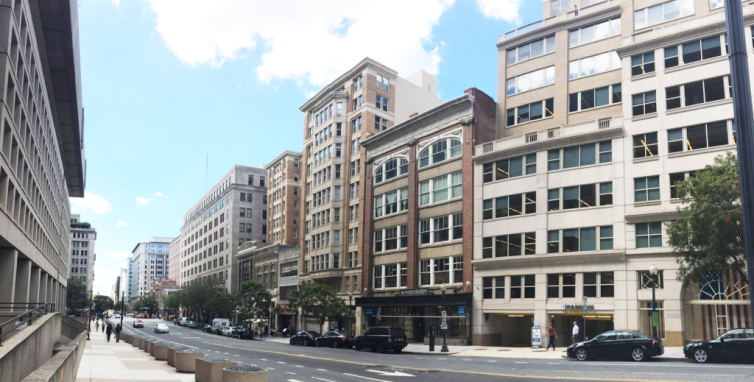 Flexible workspace provider Knotel has expanded into the Washington, D.C., market, adding to its more than 200 locations in 17 cities around the globe.

“As one of the largest and most diverse office markets in the United States, Washington, D.C., already supports the workforce of many global enterprise companies,” Eugene Lee, Knotel’s COO, told Commercial Observer. “With our presence in D.C., we can help optimize their real estate portfolios.”

The company inked a deal last quarter for 12,508 square feet across the entire third and fourth floors at Douglas Development’s 909 E Street, a building in D.C.’s Downtown submarket. Knotel has signed on data and analytics firm Premise Data to the space, with the tech firm moving into its new office in November.

“The unique interior and strategic downtown location made this location an ideal space for Premise Data,” Lee said. “It was designed and tailored to meet Premise’s brand and operational needs by our team of in-house workplace strategists and environmental branding experts.”

Knotel said it’s been actively looking for space in D.C. since mid-2019, and has completed transactions for a number of other spaces in the D.C. market, with its first locations centered in the East End and Downtown submarkets. Other spaces in D.C. will be announced shortly, with Lee noting the company is currently concentrating its efforts in the downtown core.

“Unlike other flexible workspace providers, which primarily provide shared workspaces for freelancers and company satellite locations, Knotel’s platform focuses on full-floor, private workspaces for global enterprise companies,” he said. “Within D.C., we’re focusing on the areas where our customers need space, which is usually within the Downtown market and central business districts.”

In addition to flexible workspaces, Knotel customers have access to Geometry, a subscription service for adaptable workplace products.

In October, Commercial Observer reported that Knotel had signed a 10-year deal to for 56,100 square feet on the second through fourth floors of The Moinian Group’s 60 Madison Avenue in New York City.

Two months earlier, Knotel achieved unicorn status after closing on a $400 million funding round, giving the 4-year-old company a valuation of at least $1.3 billion, as CO previously reported.