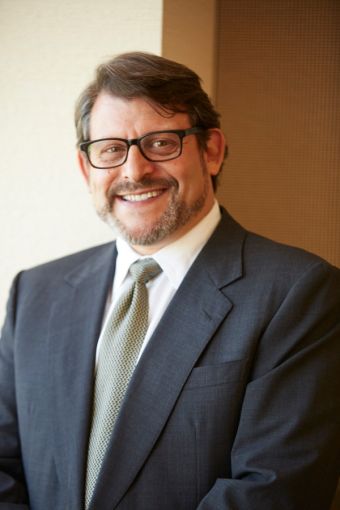 There’s a lot of eager capital chasing deals, and Gary Mozer, a principal and co-founder of George Smith Partners, is bang in the center of it. Commercial Observer caught up with Mozer at IMN’s Winter Forum on Real Estate Opportunity & Private Fund Investing conference in Laguna Beach last week to discuss some of the recent market trends he’s seeing.

Gary Mozer: There’s too much money chasing too few good deals. The pricing has gotten so competitive that deals are really being priced to perfection. You have to make your money on the buy, and if a deal is fully marketed there’s not much juice left in the squeeze. Because we’re late in the cycle and things are priced to perfection there’s some concern that if there’s a bump — so, something takes longer to lease or the rents aren’t quite there — that investors won’t get their yields. And those yields have already shrunk because there’s so much competition. There’s plenty of money out there and everybody wants to be doing deals, but they’re cautious because acquisitions are expensive.

How’s the demand for real estate as an asset class right now?

There’s a huge demand for real estate. On a risk-adjusted basis, real estate is a great asset class because you have a hard asset, sheltered income and the ability for rent growth because there’s so much demand and not as much supply because it’s become so hard to develop. A lot of new equity investors are coming into the space, including foreign equity — with negative interest rates in Japan and Europe — so we’re finding plenty of capital but it’s hard to find very good deals.

Where is the foreign investment coming from, primarily?

It’s coming from everywhere. If you think about Blackstone’s BREIT they’re raising $300 million a week. We’re seeing capital from Germany, Japan, Canada but the domestic players are still flush with capital, as are the high-net-worth-ers.

Are domestic firms comfortable partnering with foreign capital from an equity standpoint?

It depends; if they don’t have a track record in the U.S. then no. Another thing to think about is that transactions often have a compressed timeframe. It’s one thing to do a recap with a foreign firm where you don’t have a gun to your head around timing. So, it’s not that people don’t want to do deals with foreign partners, they just need to know those firms can execute. When the Chinese firms pulled out of the market that capital really evaporated, so there’s a big focus on certainty of execution, and people are willing to pay a premium to their equity to know someone will be there at the finish line, versus getting a great cost of capital from a foreign source who may not be there at the end of the day.

In terms of asset types, what’s in demand today?

Everyone loves industrial and apartments but they’re being priced to perfection so people are doing development because it’s the only place they can get yield in these two products. People hate retail and suburban office but you can’t paint all real estate with the same brush. We did a great deal in Utah where we brought in institutional equity and debt at Libor plus 175 bps at 65 percent leverage because it was good real estate in the right location with a good sponsor. There were five shopping centers in the market that were being consolidated into two shopping centers, so with five there were huge vacancies but if you peeled back the onion our deal had the best two shopping centers that were going to thrive and that’s why we attracted capital. People can say “retail is bad” or “the market has 30 percent vacancy” but if you don’t peel back the onion you miss opportunities.

Generally speaking, if investors haven’t heard the name of the location they don’t want to be there. One of my clients just did a deal in Colorado Springs. Everyone loves Denver but there are huge demand drivers in Colorado Springs so they could attract capital. It’s going back to basics: What are my demand drivers, how is supply-demand, do I have the right basis in the deal? You have to ask “what’s creating the demand and what value proposition does this real estate have for the tenants?”

Are we at a worrying stage in the debt markets, in terms of the amount of capital chasing deals?

There’s far more discipline than there was in 2007 – partly thanks to regulation and partly because people got burned. There are some dumb deals being done for sure. There are people out there who aren’t pricing risk properly. The problem is if that money goes away halfway through a deal. I ask four questions on every deal: Is your expectation of this capital meeting what this lender is offering you?; how hard is it to close with this lender? Because some guys give you a great quote but can’t close; how is this lender in terms of responsiveness if the deal changes?; and what’s the sustainability of that lender and can you do more business with them?

Any sense for how the market will fare over the next couple of years?

I think we have the momentum to take us through 2020, but my crystal ball gets very foggy after the election.