Gateway cities have long been the go-to magnets for foreign and domestic capital. But is secondary and tertiary markets' appeal growing? 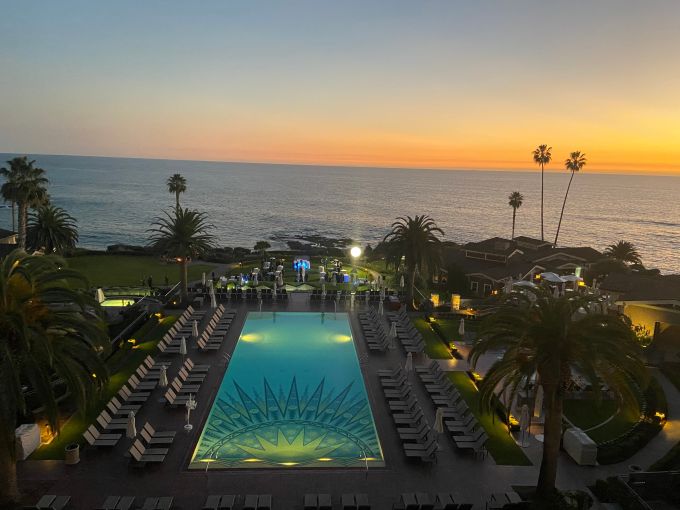 Gateway cities have long been the go-to magnets for foreign and domestic capital. But are they still the flavor du jour, or do secondary or emerging markets have a piece of the pie today? A seasoned panel of experts weighed in on capital inflows at the Gateway Cities Vs. 18 Hour Cities Vs. Emerging Growth Markets panel yesterday at IMN’s Winter Forum on Real Estate Opportunity & Private Fund Investing conference in Laguna Beach, Calif. The panel was moderated by Avik Mukhopadhyay, a managing director at Kennedy Wilson.

First off, what the heck is an 18-hour city? The duty fell upon Chris Nebenzahl, an institutional research manager at Yardi Matrix, to explain the buzzword to the audience. While the 24-hour markets are easily identifiable—the usual suspects, New York, Los Angeles—an 18-hour market is the next tier of cities that are establishing themselves as strong tech hubs or business bases; think Portland, Nashville and Austin. To add a little more confusion, Nebenzahl noted there are also 21-hour cities like Houston, Atlanta and Denver. Phew.

Then, there are the “qualified communities” that CIM Group seeks out. Sondra Wenger, a managing director at the firm, said CIM has pinpointed around 120 qualified communities—central business districts or emerging neighborhoods—that are of interest from an investment standpoint. Those target areas feature improving economics and enticing demographic trends.

CIM made a push into New York after the downturn because it presented a good basis play, Wenger said, but also because CIM had already been tracking New York for 20 years and knew it was a good fit.

When it comes to investing, CIM doesn’t rush in (“We waited for Nashville, because we wanted to ensure it was a good market for us,” Wenger said.) but also strikes when opportunity arises (“We were one of the first investors in Downtown L.A. on the residential side, because it was an underserved niche,” she added.) CIM also likes spots  it can invest $100 million into, giving L.A.’s Hollywood and Highland area as an example.

Jonathan Epstein, a managing partner at BentallGreenOak, takes a similar top-level approach and considers markets at a macro level based on three key factors: First, is there educational capital there (research and universities); next, is there transportation infrastructure; and finally, healthcare. “You can take that construct and put it around Seattle, L.A., Boston and New York,” he said. “We always think about transportation. We love assets at main and main, but the value isn’t there. The value is found in emerging locations within these markets.”

Epstein said that BentallGreenOak is always looking for “that node or pocket” of opportunity, and also pointed to a market’s affordability as a big driving factor in investment decisions.

Mukang Cho, the CEO of Morning Calm Management, spoke of making early strides into the Detroit market, making a big play into industrial acquisitions around 18 months ago. “There has to be a catalyst for growth,” he said. “ Yield creates liquidity and we’re ok being early as long as we are being paid while we wait.”

Morning Calm also likes Philly, because of its eds and meds presence, downside protection and its liquidity at the back end.

When the conversation swung to coastal versus Sun Belt markets, panelists agreed that coastal cities always attracted the bulk of both foreign and domestic capital, partly because these locations have proven to be high growth locations in market recoveries as well as defensive in downturns. Sun Belt cities, on the other hand, have the benefit of being far less politically influenced

While New York remains a safe haven for capital inflows, you can’t  have a discussion about the Big Apple without mentioning the recent rent regulations around multifamily assets. “New York is the poster child for what’s going on from a regulatory standpoint,” Nebenzahl said, noting that valuations basically nosedived overnight. Sun Belt markets are benefiting from the effect of the regulations, panelists said, with pressure to deploy capital meaning that overflow dollars are looking for another place to park.

The session ended with a lightning round, with panelists asked what their picks are for investment in 2020. “Localized suburban pockets with intellectual capital and job growth,” such as Boise.

Wenger said that CIM doesn’t “go in and out” or markets, but rather invests in communities as a whole and pivots in strategy or product type when necessary.

As for BentallGreenOak, Epstein said that in addition to smaller, Class B industrial assets it’s “West Coast markets, all day every day.”

As an aside, one conference attendee not on the panel grumbled to CO that there has to be a better term for “secondary” markets. “It seems unfair, really, they’re not secondary in many ways. Can we think of a better term?” Suggestions welcome.