An interview with Sarah Dreyer, Savills’ vice president and head of Americas research about what went on this past decade, including the top project, the rise of coworking space and a boom in multifamily housing. 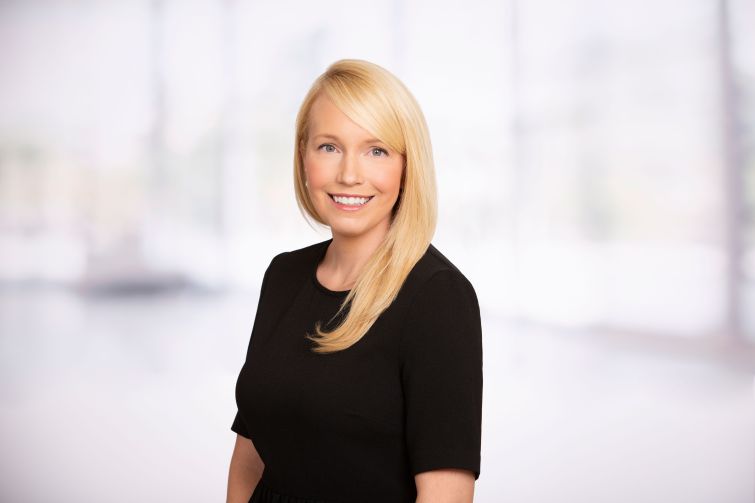 The Washington, D.C., market has become less government-centric over the past 10 years and is well-suited to continue enticing tenants of all industries to take advantage of favorable market conditions. This was one of the notable findings in Savills’ “End of the Decade” infographic report that the firm released at the conclusion of the millennium’s second decade.

“The decade closes with availability above where it began in 2010 (15.3 percent), evidence of just how long the District has sat firmly in tenant favor,” Sarah Dreyer, Savills’ vice president, head of Americas research, told Commercial Observer. The brokerage, which has its global headquarters in London, focuses on the tenant representation side of the business.

CO spoke with Dreyer about what else went on in the decade, including the top project, the rise of coworking space and a boom in multifamily housing.

Commercial Observer: How would you characterize Washington D.C.’s commercial real estate market overall for the decade?

Sarah Dreyer: Tenant favorable. Looking back over the past decade, it’s a very clear picture of persistent tenant-friendly office leasing conditions in the Washington, D.C. market. Availability has remained relatively unchanged, with options plentiful in both new and existing space.

Looking within Class A product, concessions are amongst, if not, the highest in the nation, and have grown by 67 percent over the decade. Meanwhile, asking rents have grown by only 12 percent, resulting in tenant effective rents that have held flat and even declined a bit over 10 years—something other markets just have not seen.

The report shows Class A office asking rates grew to $60.21; how does this compare to the rest of the U.S? And was the rise during the decade similar to other big cities throughout the country?

Asking rent growth in D.C. has been far more modest compared to other gateway markets like New York City and San Francisco, where rents have skyrocketed over the decade. Even Chicago and Los Angeles saw relatively stronger growth in asking rents, which I think again is a testament to tenant-favorability in Washington, D.C.

Savills chose The Wharf as the decade’s top project. What has this added to the area?

With the Wharf, an entire neighborhood turned on overnight. Phase one brought more than 3 million square feet of office, retail, housing, restaurants and hotels to life in one opening, completely revitalizing the under-used Southwest Waterfront. It has created a vibrant community and exciting destination for both locals and travelers alike. It was also able to bring the first major law firm from the District’s core to the Southwest Waterfront. Truly a game-changing development.

What factors contributed to each of the emerging submarkets? How have they grown over the decade?

The rapid development expansion and amenitization within Capitol Riverfront, Southwest and NoMa have resulted in increased demand from office tenants. Organizations that would typically not look outside of the CBD or East End are willing to make the move because of projects like the Wharf and the Yards, which offer the live-work-play environment necessary to attract and retain quality employees.

Multifamily outpaced the previous decade by 35,000 units. Where are we seeing the largest growth and what attributed to this rise?

The majority of multifamily growth came from the same markets that are emerging in the office sector—Capital Riverfront, Southwest, NoMA and also along the 14th Street Corridor. This is attributed again to the amenitization of these submarkets or neighborhoods—the addition of retail, restaurants, grocery stores is all attracting D.C.’s millennial population to these hot spots.

How would you describe new construction during the decade? Was it strong? Where did we see the most activity?

13.4 million square feet of office space delivered over the past 10 years, about half of what was seen in the previous 10-year period. I think the relative drop again speaks to softness in the market with a careful eye on supply/demand balance. Still, new construction is incredibly popular amongst office tenants for its quality, amenities and efficient layouts. Inventory that has come online in this period has fared very well, often to the detriment of older stock with larger floorplates. Most has been concentrated within the District’s core, outside of the Wharf and Capitol Riverfront developments. We’ve seen incredible placemaking from projects like CityCenter along with a slew of redevelopments of older office buildings in an effort to attract tenants by upgrading glass façades, lobbies, rooftops and building amenities (like fitness and conference centers).

What were the biggest drivers for growth? What industries made the most noise?

Coworking is both the biggest driver of growth and the industry currently making the most noise. In 2010, there was about half-a-million square feet of flexible office options in the D.C. market. Now, that number tops out at roughly 3 million square feet. Flexible providers, most notably WeWork, drove the majority of net new growth in the D.C. market over the past few years opening brand new locations and an incredible pace. They often took space that other industries would not want (larger floorplates, older buildings) and redesigned it to meet the needs of today’s workforce. Its success has brought numerous providers to the city—Industrious, Knotel, Convene— and inspired owners to create their own flexible solutions within their portfolios.

However, with the We Company’s failed IPO attempt and resulting struggles, D.C. can’t rely on them to lead absorption going forward, which could result in availability creeping upwards. It is something we are watching closely and will report on as the fallout and any market repercussions take hold.

What can you project about the upcoming decade? What factors should we be keeping an eye on that will steer where it is headed?

I’ve got my eye on big tech. 2019 was New York’s year with the FAANG tech giants leasing an incredible amount of space throughout the Manhattan market. With the arrival of Amazon’s HQ2, D.C. has cemented itself, too, as a top tech center and I think we will begin to see a flow of demand as organizations like those seeking space in New York increase their foothold in D.C. We’ve got the demographics, infrastructure and office options to support tech growth and stronger demand can’t be far behind.