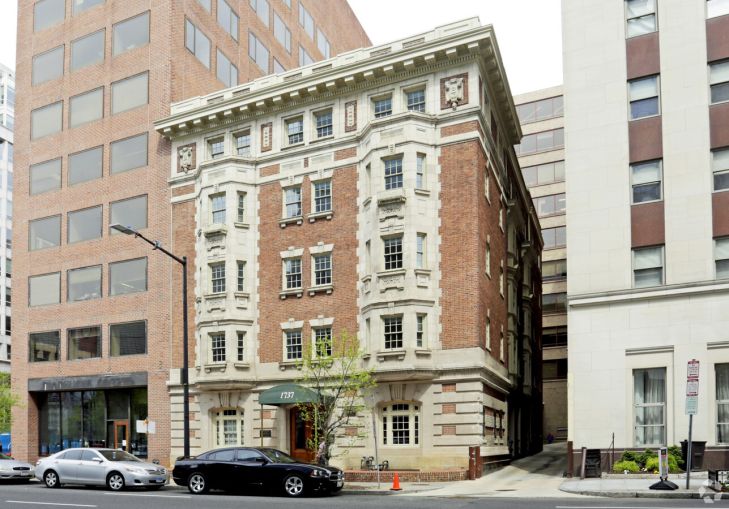 The Daily Caller, a right-wing online news site, has acquired 1737 H Street, NW, a 115-year-old office building in Washington, D.C., according to Savills, which represented the buyer in the transaction.

According to the Washington Business Journal, Daily Caller acquired the five-story, 20,000-square-foot building through a foreclosure auction for $7.3 million. Public records list the seller as Patricia B. Jefferson.

“This is an iconic and historic building, less than two blocks from the White House, that could comfortably house the entire Daily Caller staff under one roof and allow for television studio space,” Lindsay Stroud, Savills’ senior managing director, told Commercial Observer.

The news organization, which was founded in 2010 by Fox News host Tucker Carlson and political advisor Neil Patel, currently operates out of 1920 L Street, NW, and had been searching for a permanent home for a while.

“They had been doing short-term leases over a number of years and wanted to own long-term,” Stroud said.

The company is scheduled to move in to its new building around March of this year, Stroud said. It will first gut several floors to allow for an open floor plan and newsroom style settings.

Originally built in 1905 as an apartment building, the property was listed on the National Register of Historic Places in 1978. It’s situated in D.C.’s central business district, along the H Street NW corridor, and is near both the Farragut West and Farragut North metro stations.