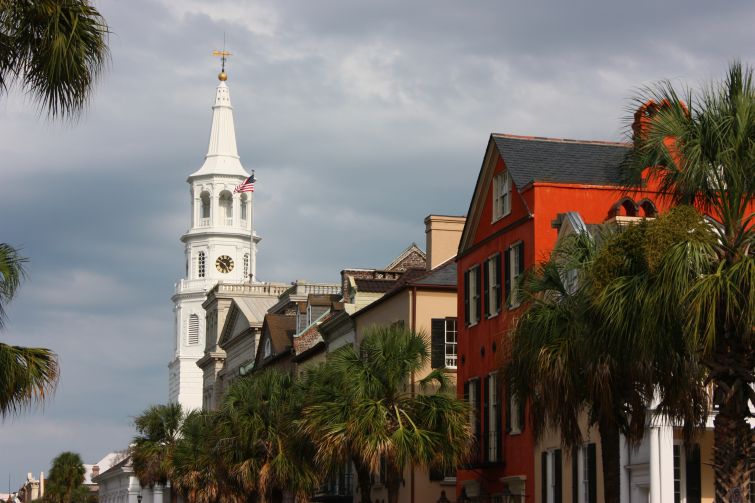 CrossHarbor Capital Partners has given a group of four developers a $108 million refinancing for an almost-finished apartment building in Charleston, S.C., the lender announced today.

Boston-based CrossHarbor’s loan knocks out prior construction debt for 10 West Edge, a 350-unit apartment building in South Carolina’s largest city. The three-year loan will fund the final stages of construction at the nine-story building, the newest part of a multi-building, mixed-use complex on a waterfront site near the campus of a medical school. CrossHarbor didn’t disclose who was responsible for the original construction financing.

10 West Edge was 25 percent pre-leased when the CrossHarbor loan closed, according to a spokesman for the lender. A Publix supermarket on the building’s ground floor is already open.

The builders are South City Partners and Gateway Development, of Atlanta; WRS, of Mount Pleasant, S.C.; and ELV Associates, based in Boston.

10 West Edge is the third phase of a three-part project that kicked off in March 2016 with another building 99 West Edge, a 237-unit luxury rental property branded as The Caroline. The project also includes 22 West Edge, an eight-story office building that is the tallest multi-tenant tower in Charleston.

Vitkor Scientific, a life sciences firm, has taken space in the recently opened office building, as has the administration of the adjacent medical school, the Medical University of South Carolina (MUSC).

The three-part development abuts Brittlebank Park, a waterfront park that lines the banks of the Ashley River on the west side of the Charleston Peninsula. The Charleston RiverDogs, a Single-A, minor-league affiliate of the New York Yankees, play in a stadium nearby.

Richard Flohr, a CrossHarbor executive, said that the building’s quality and location made his company comfortable taking out the construction debt before the building was fully leased.

“In addition to having a Class A-plus asset, it’s in one of the best locations [in Charleston], with a full-service grocer,” Flohr said. “We’re in the business of taking intelligent risks, and I would argue that this is a very modest risk.”

Flohr said that professionals who work at MUSC would make prime residential tenants at the building.

Charleston’s history dates to the 1600s when it was settled by British expeditioners. It was later the site of major battles in the American Revolution and the Civil War. Tourism has long been an economic pillar, but commerce has diversified in recent years with the addition of high-tech manufacturing, which has been drawn to the state by its company-friendly labor rules.

Since 2011, Boeing has built parts of its 787 jetliners in a Charleston factory, and the city is also home to parts of the 737 MAX program, which Boeing will put on hold this month following a pair of deadly crashes. Mercedes-Benz also has a factory in Charleston where it makes vans.

A representative for the development partnership didn’t immediately respond to an inquiry.