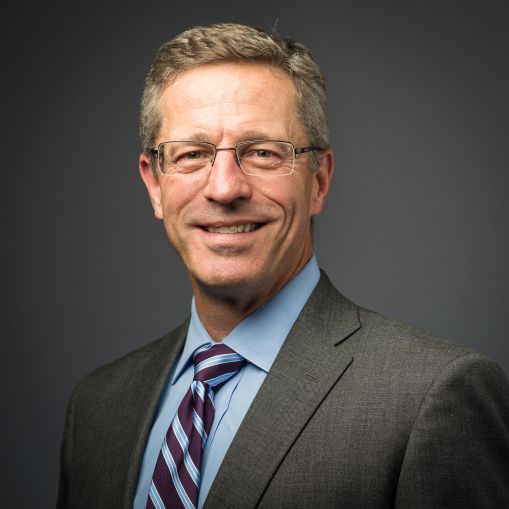 The real estate shop has established itself a formidable fixed-rate and bridge lending competitor, originating around $8 billion in 2019, in a packed lending field.

Gay sat down with Commercial Observer at the Commercial Real Estate Finance Council’s (CREFC) annual convention held at the Loews Miami Beach Hotel in Miami to discuss the firm’s 2019 activity and what’s in store for real estate capital markets in what’s sure to be an action packed election year in 2020.

Commercial Observer: Tell me about Nuveen’s 2019 lending activity and how the year unfolded?

Jack Gay: It was a good year overall. And, just to put some numbers on it, globally, we did close to $8 billion of originations. A little over $6.5 billion of that was in the U.S., and then some in Europe and some in Australia. Those are the three markets that we are active in right now, but clearly the U.S. business is the biggest piece of it. Behind the numbers, that was consistent year-over-year with what we did the year before. Some of the themes that came out of it were perhaps more high-yield and bridge lending and transitional flows than we had done in other years. We’ve certainly been active in that market [segment] for years, but that piece of the business is growing, mainly because of the different clients and capital accounts that we’ve raised over the last several years — in terms of growing that business between debt funds and separate accounts and some of our equity accounts moving into that space.

When we go to raise capital, we’re thinking about where we think there are opportunities in the market, and we try and find capital to match up with the opportunities that are in the market today. We have the benefit of our parent company, TIAA — we’ve been a lender for them on behalf of the general account for 80 years — and we do a lot of relatively core subordinate debt for them as well. What’s grown over the years has been more of this transitional and bridge lending space. But when we’ve raised capital in that space, we’ve done it in what I would say is the light bridge, light transitional space, because of where we are in terms of the risk-return profile, where we are in the economy and where we are in the cycle. We’ve not gone out and chased 10, 12, 14 or 15 percent debt [yields]. Even in this modest, high-yield debt space, I’d call it seven to nine returns to the investors. It’s still defensive in terms of where we are, and we take that into consideration to where we are in the cycle. So, we went out and said, “we think this is a smart place to be,” with the investor base, and that’s where we’ve raised the capital.

Was there anything you think Nuveen could’ve done differently in terms of taking advantage of how the market was playing out?

If you were to look at the fixed-rate business, hindsight tells you a lot. But we were fortunate last year to get out early, and we did a lot of volume in the first and second quarters. I’d love to say that’s because I knew rates were going to go down — or somebody on the team knew — but we saw good opportunities, and we certainly didn’t think — on a macro level — that there was much impetus for a fall in rates or a fall in spreads. To say that we saw that coming would probably be more ambitious than I can take credit for, but it turned out to be very good. For a while there — and I don’t want to say we were out of the market in that fixed-rate business — we were losing a lot of deals because of setting minimum returns, floors and whatnot, when the treasury had just really dipped down. We did more of our volume at the beginning of the year and at the end of the year, and in the middle of the year, when the Treasury was at its lowest, we were not doing much in that fixed-rate business.

How are you gauging the 2020 capital markets landscape as we get ushered into this election year?

Early signs are that the capital markets are still healthy and functioning. If you look back a year ago and how we started the year, we were coming off of a really miserable fourth quarter in equity markets and risk was kind of off. And on some level, we view the fourth quarter of 2019 as giving us a better feel for the economy in terms of some of the risks that have been there and that we’ve been worried about. So we feel pretty good about that going in. I’d say the big wild card out there is what’s going to happen in November; does risk-off become relevant and is there a risk that creeps into the system as we move closer to the election? And part of that is seeing who the Democratic nominee is and then there’s certainly the reminder that we had over the holidays that other geopolitical events can change people’s sentiment. It seems like we’ve brushed that off in terms of how the temperature came down pretty quickly, with the Iran issues. But the geopolitical aspect is always out there as something that can change sentiment. But, we like it if there’s a good appetite for transactions where buyers and sellers see the environment somewhat similarly — so there’s transaction volume that leads to debt volume. And when that gets dislocated for one of those two reasons, then transaction volume drops, and if that happens, there’s still a lot of capital out there and you fear that lenders might reach to still try and meet their plans.

Any new strategies or partnerships you’re going to be pursuing in 2020?

One — I wouldn’t so much say it’s new — but we’ve had some separate accounts with foreign capital for years, and we ran through the commitment of that last year. So we’ve reupped that separate account — and it’s a fairly sizable separate account — so it’s new from the fact that we’re now on our third venture. But that’s a refreshed bucket of capital that’s good to have.

Where are you seeing any frothiness or trouble spots in the market, given the amount of capital out there?

We think about it and talk about it all the time. The good news is that the headline would be that, generally, markets are still somewhat in control and in check. With that said, there is a lot of capital and you’re getting pushed on the margins with things. One thing that has been very compelling about this cycle is that some of the larger institutional capital — mainly banks and insurance companies — have remained disciplined, or in fact, in the case of banks, they’re more disciplined than they were the last cycle. The regulators and their risk departments at these banks have really clamped down and constrained [lending activities]. They’re certainly all active, but they’re doing it at much more measured risk levels than they did pre-crash. And banks are half the market in the mortgage market, so when they’re constrained, that’s good for the market. The way to measure that is they’re not reaching on loan-to-value [LTV]. On the margins, you might get pressed on some of the structural elements of a transaction, but not the overall LTVs; they are still relatively modest. The other piece tied to that is: banks are typically the largest source of construction lending and if they’ve been relatively constrained there, that’s helped to keep the fundamentals of the real estate markets more in balance between supply and demand. But, that said, there are certainly pockets of overbuilding in some markets.

There’s a narrative of borrowers getting more and more aggressive negotiating covenants and pushing the envelope with structure. Has Nuveen been getting pressure from borrowers in that respect?

In the core, fixed-rate business, the pressures have been less extreme than you might see in the bridge space. Maybe you’re getting pushed on the margins on the amount of interest only that you have, but there’s less structure to those deals just because the asset tends to be stabilized and the sponsor tends to be very institutional. In the bridge business, with new entrants into the market, there has been more pressure there and there’s obviously more structure in those deals, so there are more things to negotiate where you can feel pressure. The good news is we haven’t really been pushed, and we certainly haven’t really moved on LTV, which is one of the bigger constraints.

Considering Nuveen’s global exposure, which markets are you most excited about?

One of the advantages of being global is you can think about where you see the best relative value is in a different market, and there might be different reasons or different things that are driving the markets. In general, where we’ve been playing in Europe, the UK and Australia [partly] depends on where the capital is from and what the exchange rates might be. But I’d say one of the things we’re looking at perhaps in Europe is diversifying that exposure. There’s the Brexit deal that is underway — it’s been underway for a long, long time, but it’s underway — so [we’re] diversifying across euro and pound exposure, there. There’s been a little bit of bounce on the rate side in Australia, so that’s hopefully helping the returns there as well. We’re pretty optimistic about the Australian markets.

Might it be a good thing if the market decelerates a bit, with the election year?

It may be a good thing from a frothiness of values perspective in terms of a gut check on: are pricing levels between the buyers and sellers at the right level, right now? If you put that aside, the bigger risk is: if transaction volume slows, there is always going to be this pressure — at least in the beginning — where the debt capital is still hungry and there are fewer transactions and opportunities so it gets more competitive before people say “this is too much.” That, I think, is probably a bigger risk: that it gets too competitive as the year goes by, because people with capital sometimes find it hard to take a breather. It’s certainly something we’re conscious of, looking for overheating in that area.