Business Is Booming, but No One Can Stop Talking About the Risks 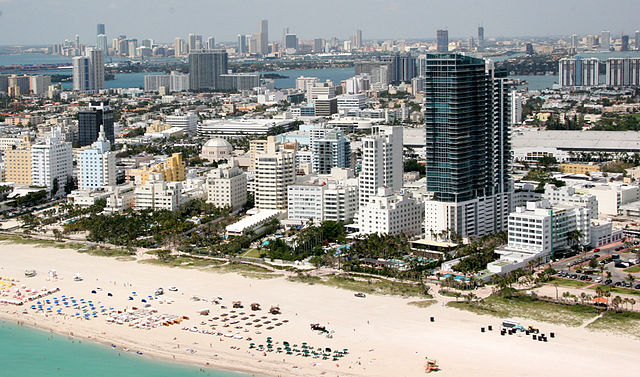 At the Commercial Real Estate Finance Council’s (CREFC) annual meeting in Miami this week, Commercial Observer ran into a real estate lawyer who said he despises change in all forms. He has the credentials to back it up: He’s spent more years working at his current firm than the number of years he lived before he took the job. But now, even this lawyer is ready for a shake-up.

“Do you ever get tired of waiting for a downturn?” he mused as the first day of the conference came to a close. “Let’s just let it happen already.”

That’s not a sentiment destined to make lawyers more popular. But all around the halls of Loews Miami Beach Hotel, the conference’s sprawling Art Deco venue, even some finance executives were finding ways to admit — in whispers at least — that they were what might be described as “recession-curious.”

Non-bank lenders often seem the most eager to conduct pre-mortem autopsies of the business cycle. Many wonder endlessly whether, when the music stops, consolidation among some of the field’s more intrepid new entrants will be inevitable.

But most recession chatter swirled around the limitless subject of the risks that could bring the 10-year expansion to a halt. That talk isn’t new — as the slightly punchy real estate lawyer said, it’s been the seventh inning for three or four years now. But the list of potentially game-ending snags has rarely seemed more abundant.

Several speakers at one panel event seemed to shudder at the mention of WeWork, whose IPO collapsed last year. (CREFC rules prohibit journalists from identifying who said what at the conference.) An earlier round of investment valued the company at $47 billion. But in response to an informal survey during the panel, most attendees said they doubted it was worth more than $10 billion, all told.

Others warned that the industry isn’t looking hard enough at volatile politics in America and elsewhere in the world. One speaker said that the market’s recent hot streak, which has persisted despite President Donald Trump‘s impeachment and a hard-left turn among Democratic presidential candidates, is akin to whistling in the dark. The disconnect between reality and the market’s attitude was mystifying, he said.

Of course, attendees were best attuned to dark clouds they saw hovering over their own personal livelihoods. Several buyers and sellers of commercial mortgage bonds had gloomy predictions about what would become of that type of financing if the industry couldn’t find a way to give borrowers better treatment. (CMBS borrowers often complain that their loans’ servicers make a nightmare out of even the simplest loan modifications.)

And, in a rare tense moment at the typically congenial conclave, a non-bank lending executive found himself in a spat with CMBS ratings analysts, who are responsible for evaluating risk. New rules introduced after the financial crisis require that bond issuers keep some of the risk for themselves, as a way of countering moral hazard. But the lending executive said that one scheme for doing so, in which the issuer keeps only a fraction of the riskiest debt, was little more than a sham. Rating agencies need to call them on it, he said.

(One rating-agency analyst responded by deflecting blame, countering that his job is to focus on credit risk.)

Also in evidence was a more existential anxiety: that even if the cycle’s end were obvious, there wouldn’t be much anyone could do ahead of time. The glut of liquidity that has characterized real estate finance markets for years now all starts with the Federal Reserve, which has held benchmark interest rates lower than they’ve been in prior decades for longer than ever before.

If the Fed changed direction in response to rising inflation, raising rates and tightening credit, there’s not so much the CRE finance industry could do about it, someone said. Few appeared to disagree.

Still, poring over the downsides may yet be more of a pastime than a profession in 2020. Responding to a brisk survey, most executives were buoyant. Debt volumes should be the same as last year, they said — i.e., strong. A large panel of financiers agreed unanimously that capital flows will grow. Most people described themselves as risk tolerant, and even more said they were optimistic for the year.

Lenders and lawyers may be fascinated by a fall they see coming — and some are even impatient for it. But hardly anyone thinks it’s here just yet.