CREFC 2020: Lenders Pledge to Innovate With Structure and Tech 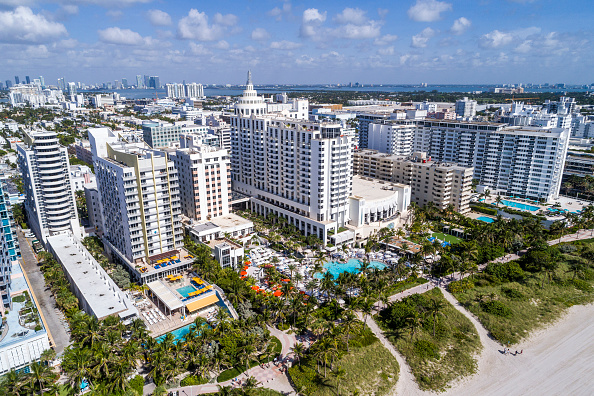 Miami Beach. Two of the six properties in this CMBS deal are located in Miami. Photo by: Jeff Greenberg/Universal Images Group via Getty Images

It’s easy for lenders to fall into the same old patterns.

The longest term lenders — the CMBS debt shops and the life-insurance companies — are some of the most conservative types around, resistant to risk and change.

Meanwhile, those who offer short-duration mortgages have a built-in excuse not to take future-proofing too seriously. After all, their loans will all come due before the future ever arrives.

But though that might acquit individual firms of their responsibility to innovate, it makes it all the important that the industry commit to ambitious experimentation, panelists at the Commercial Real Estate Finance Council’s winter meeting in Miami said this week.

“People are saying, ‘We’re positioned conservatively because of the short duration of our [loans],” one speaker said. (The conference’s uniquely strict rules for journalists prohibit naming names.) “They think, ‘The fact that I’m only underwriting two or three years means I don’t have to think about five or ten years.’”

But that’s not good enough, the person said. Instead, panelists rallied around the proposition that companies should make a firm effort towards preparing for the industry of the future — even if only a little bit at a time.

“One of the big challenges is that people allow [possibility] to paralyze them,” one speaker said. “Instead, we need to look for opportunities to do small pilots.”

The group landed on eco-friendly buildings as one area ripe for innovation. A growing crowd of real estate companies are clamoring to make improvements in that area, but it’s also proved more difficult than initially anticipated.

Fannie Mae and Freddie Mac have taken a leading role in those efforts in the multifamily sphere by backing bonds to fund environmentally friendly renovations. But panelists pointed to some evidence that even that massive incentive hasn’t always panned out. Landlords can make infrastructure more efficient, but that doesn’t stop tenants from wasting power.

Meanwhile, more ambitious areas of innovation have seen even less experimentation. Self-driving cars could radically alter how people use and travel to cities in the next decade. But the panels’ lenders said that neither they nor any borrowers they work with have done much to incorporate strategic thinking about the issue into their plans.

Not all the important innovations the group cited had to do with servers and pixels. Asset type classifications — as basic a structure as anything in the industry — are evolving, often through convergence. Some hotel brands such as Marriott, they pointed out, are now renting out vacation homes, like Airbnb. Meanwhile, Airbnb is trying to standardize some of the lodgings options it offers, making its eclectic, user-owned accommodations more like hotel rooms.

And it wasn’t long before the group of financiers turned back to a discussion of, well, finance. Making life easier for lenders and borrowers could play a small part in keeping markets frictionless even if liquidity were to dry up.

“Language in loan docs is from 1988,” one executive groused. “And our process is still, ‘send an Excel file and PDF to this email address.’ There’s a lot of low-hanging fruit that can make a huge difference in this industry.”