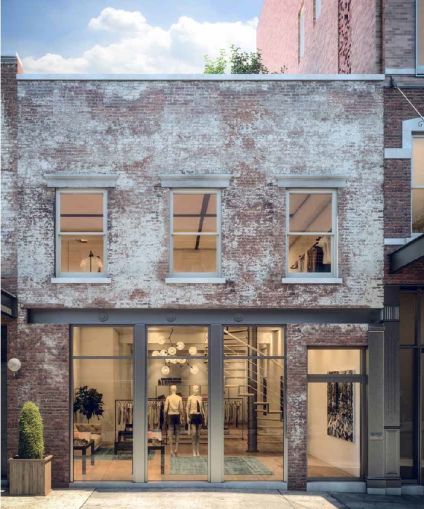 Two Swiss luxury watch brands — Audemars Piguet and Rolex — will be opening up nearby shops in the Meatpacking District, the New York Post first reported.

In the larger of the two deals, Audemars Piguet took 5,171 square feet on the second floor of 52-58 Gansevoort Street, between Washington Street and Ninth Avenue, to open up its second boutique in the city, according to the Post. The space also includes a 2,543-square-foot terrace.

Asking rent for the retail spot in the two-story building owned by Aurora Capital Associates and William E. Gottlieb Real Estate was $150 per square foot, the Post reported. Audemars Pgiuet currently has a shop at 65 East 57th Street in Midtown.

Thor Retail Advisors’ Dan Harroch brokered the deal for Audemars Piguet while Joel Isaacs of Isaacs and Company handled it for the landlords. Isaacs and a Thor spokeswoman did not immediately respond to requests for comment.

Nearly two blocks away, an authorized Rolex dealer inked a deal to open a dedicated Rolex store at the base of private club the Soho House at 29 Ninth Avenue, a source with knowledge of the deal confirmed. Watch retailer Tourneau signed a 10-year lease for 3,950 square feet on the ground floor of Midtown Equities’ six-story building between West 13th and West 14th Streets, the source said. The source could not provide the asking rent in the deal.

Tourneau — which was bought by official Rolex retailer Bucherer in 2018 — will take over the space from Dean & DeLuca’s short-lived cafeteria-style restaurant Stage, which closed last summer. In August 2019, Midtown Equities sued Dean & DeLuca claiming it owned millions of dollars for two months of unpaid rent, late fees and other costs, as Commercial Observer previously reported.

The Rolex store plans to open in the fall, the source said.

Joanne Podell and Mary Clayton of Cushman & Wakefield represented the landlord while CBRE’s Andrew Goldberg handled it for Tourneau. Spokespeople for CBRE and C&W declined to comment.