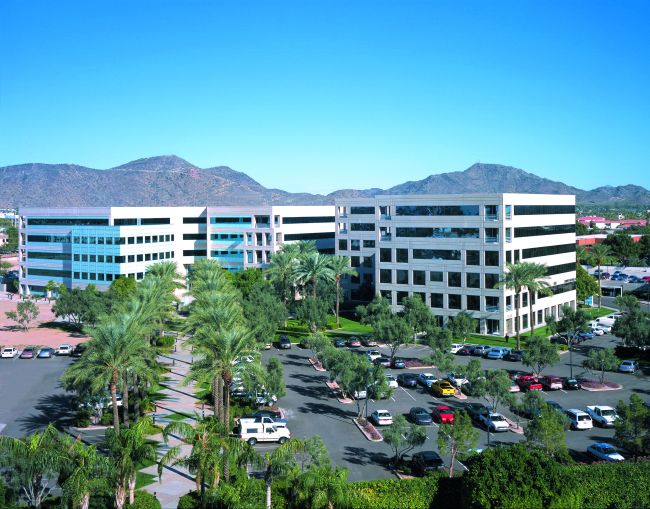 A joint venture between Taconic Capital and Phoenix-based ViaWest Group has locked in $34 million from Amherst Capital Management to acquire and renovate Canyon Corporate Plaza, an office campus in Phoenix, Ariz., Commercial Observer has learned.

The financing covered the partnership’s $27 million purchase of the Class A office campus — which closed earlier this week on January 14 — and will help fund a repositioning, according to sources with knowledge of the transaction.

The site — at 2510 and 2512 West Dunlap Avenue, just north of Downtown Phoenix — features two office buildings and two parking structures. The first office is a six-story, 132,774-square-foot property named Canyon Corporate Plaza I; the second is called Canyon Corporate Plaza II and it stands at five stories and includes 169,747 square feet of space. The site also includes a 6.4-acre parcel of land that can be developed.

Sources told CO that the borrowers are planning to begin renovation and repositioning efforts at the two office buildings as existing leases expire.

“We are extremely excited about this acquisition and our continued growth in Phoenix with the ViaWest team,” Eric Sitman, a director at Taconic Capital, said in prepared remarks. “AKS was able to source the perfect financing for this transaction, which provides us with the debt capital to complete base building improvements and provide [tenant improvement and leasing commission] capital to attract the growing concentration of multinational tenants in the I-17 corridor.”

This deal marks another in a string of strategic transactions ViaWest and Taconic have executed together in the Phoenix market. Since 2016, the duo has invested $90 million into around 850,000 square feet worth of value-add office deals.

A representative for Amherst was not available to respond to an inquiry prior to publication.