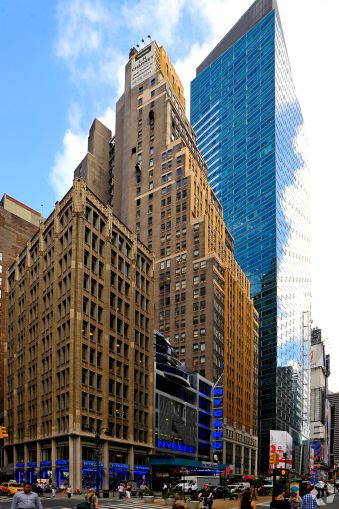 The restaurant, which boasts the world’s largest selection of draft beer, has inked a deal for 19,000 square feet at 10 Times Square, at the intersection of West 41st Street, Seventh Avenue and Broadway, according to information from landlord L.H. Charney Associates.

The New American eatery and bar will occupy the lower level, first and second floors of the 34-story building. The asking rent and length of the lease weren’t disclosed.

This will be the company’s first outpost in New York City, though it has suburban locations nearby in West Nyack and Yonkers, N.Y., along with dozens of restaurants in malls across the country. Its menu offerings include more than 100 items ranging from salads and pizzas to tacos and burgers.

Michael Kneidinger, president of Yard House, said in a statement that the new glass-box retail space stood out to them because it offered “floor-to-ceiling windows that give passersby a look inside to the wonderful design.”

The pub will join a large roster of tenants in the 575,000-square-foot building, including Champs Sports, One Jeanswear Group, Wellspring Philanthropic Fund, Digital Remedy and coworking company Jay Suites.

Olive Garden also just renewed the lease for its eatery around the corner at 2 Times Square, as Commercial Observer reported earlier today.