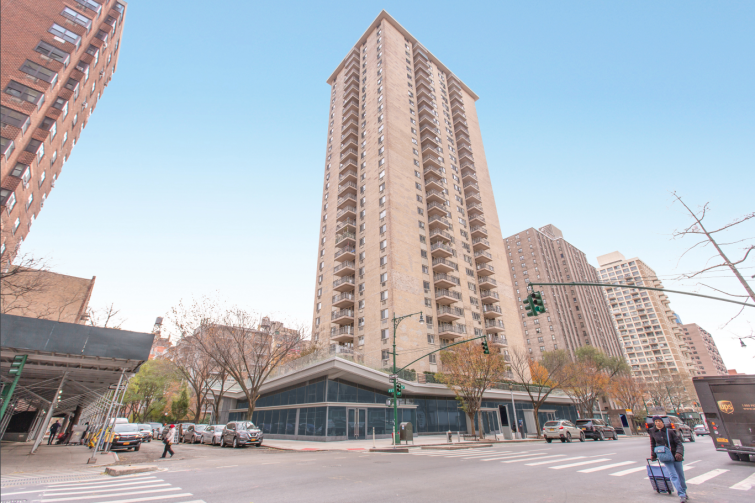 Stellar Management has picked up an $85.5 million loan from Germany’s Landesbank Hessen-Thüringen Girozentale to refinance an Upper West Side apartment building with a newly built retail component, Commercial Observer can exclusively report.

The transaction refinances 70 West 93rd Street, where Stellar has built a 15,000-square-foot street-level retail pavilion encircling a pre-existing apartment tower that was built in the 1970s, according to an announcement from Stellar. The five-year loan from the bank, which is also known as Helaba, has an interest-only structure and refinances a prior round of funding from Capital One that dated to 2016. Stellar co-owns the retail addition as well as the 325-unit residential building with Vornado Realty Trust, which maintains a 49 percent minority equity share, as per Real Estate Weekly.

The deal closed the Monday before Christmas. Rob Turner of Eastdil Secured served as the mortgage broker.

Until construction on the retail addition began, a broad pedestrian plaza had surrounded 70 West 93rd Street, which spans a full block along Columbus Avenue. The new design replaces the displaced public space with a second-story rooftop garden that will be open to all comers.

A spokeswoman for Stellar said that construction is mostly complete, and that Stellar has made progress leasing the available space, including discussions with a potential fitness-industry tenant for a portion of the new square footage. Kristen Crossman of CBRE is responsible for marketing the new storefronts on behalf of Stellar. The design for the space, a glassed-in structure under a polished-metal canopy that rises at an angle at the corners, was drawn up by Beyer Blinder Belle, a New York City architecture firm.

Despite a gloomy nationwide picture for retail — especially concerning the fortunes of suburban malls — stores in New York City have found some cause for optimism in recent years. According to Moody’s Analytics research, Manhattan retail sales figures rose 5.4 percent in 2018 and are projected to jump another 5 percent when 2019 data are finalized.

The Upper West Side has been an especially strong local market. Its 12.2 percent availability rate in the third quarter of 2019 was the lowest in all of Manhattan, marking its fifth straight quarter with that distinction, according to Cushman & Wakefield. Asking rents have remained flat at a neighborhood average of $334 per square foot per year — lower than levels in the Meatpacking District or near Herald Square, for instance, but beating the corridor along Third Avenue on the Upper East Side.

Executives at Helaba and Stellar didn’t immediately respond to inquiries.