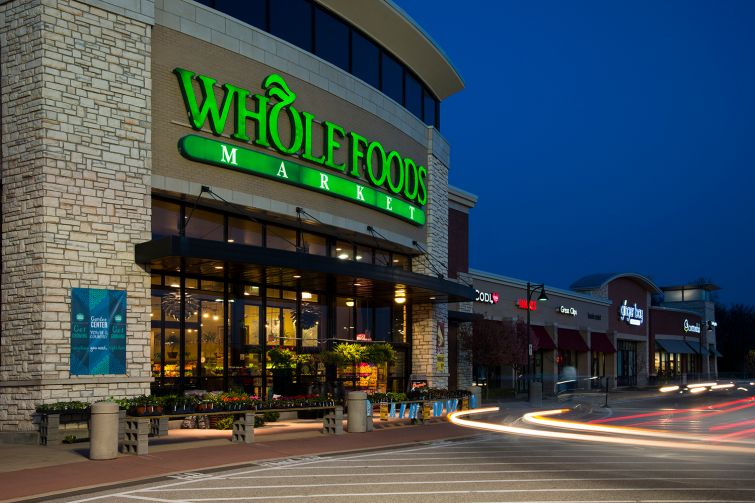 Last week, RPT Realty — a real estate investment trust (REIT) and owner/operator of open-air retail properties — announced a joint venture with Singapore’s sovereign wealth fund GIC Private Limited. The newly formed partnership, RGV, will acquire grocery-anchored shopping centers across the U.S. with up to $412 million of capital to deploy over the next three years. Commercial Observer caught up with RPT Realty President and CEO Brian Harper to learn more.

The announcement of the joint venture comes only 18 months after Harper took the helm of RPT, joining the REIT from Rouse Properties. He hit the ground running.

“We de-risked our company and cash flows significantly in the first year,” Harper said. “We sold $200 million in assets, whose IRRs were dilutive to the company. So, we really de-risked and changed for the better; the people, the properties and the processes. We changed it from a family-run business to institutionally-run and since then we’ve been sector-leading in same store NOI, small-shop occupancy increases and No. 2 in leasing spreads — out of 18 or so shopping center REITs.”

While the first year was all about building a solid foundation and internal growth, year two saw Harper focusing on finding strategic capital to partner with.

“I was looking for low-cost capital and a partner who thinks long-term with the same big vision and culture as we have,” Harper said. “We were trying to find the unicorn and someone from the sovereign world who wasn’t already in the open air [retail] sector.”

RPT and GIC had several meetings and found they were aligned on all of the above key points. “We really have a lot of similarities and we found the ideal partner in them,” Harper said.

RPT contributed five retail properties valued at $244 million to RGV. The REIT received $118 million in proceeds for GIC’s 48.5 percent stake in the joint venture and retained a 51.5 percent stake. As part of the deal, GIC has committed up to $200 million to the venture to fund future acquisitions. Combined with the capital committed by RPT, the partnership will have up to $412 million of capital to deploy over the next three years.

Three of the assets RPT contributed to the joint venture are in Florida (in Coconut Creek, Boca Raton and Royal Palm Beach), the other two are in Town & Country, Mo. and West Bloomfield, Mich. The assets are stabilized and around 98 percent leased.

Grocery-anchored retail is riding high on a wave of investor demand, Harper said, and RPT has an almost $600 million pipeline of potential acquisitions it’s currently combing through at the moment, including several off-market transactions. The REIT is tipped off to many potential acquisition opportunities through the retailer community, which gives the company insight into the markets where successes are found, and the markets that are appealing to move into, Harper said.

“We’re looking at attractive real estate that we can grow for our stakeholders, and that could be either value-add or stabilized,” Harper said. “The majority of focus is in acquiring core and core-plus assets where we can leverage our platform to drive great returns.”

As for the GIC partnership, Harper said that RPT is “blessed. We couldn’t be happier. They’re incredible financial stewards and minds, and they believe in the same things we do from an investment perspective.”