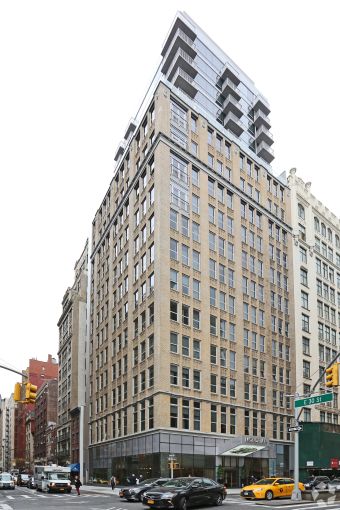 The three-year debt package comprises a $110 million senior mortgage from KeyBank and $25 million in mezzanine debt from Fidelis.

The financing package retires roughly $127 million in previous debt provided by J.P. Morgan Chase in December 2017. The prior loan refinanced the debt used to redevelop the asset, located at 444 Park Avenue South.

A JBA Equities team led by Jonathan Aghravi, with Charles Han and Eli Terry arranged the new transaction alongside Tal Bar-or of Lantern Real Estate on behalf of Moin Development.

“Fidelis proved to be a great resource in this transaction as they were attracted to the quality and location of the asset,” Aghravi told CO. “[David] Moinian put together a great team that is adding to the continued success of the hotel … It was a pleasure to collaborate with everyone involved in order to structure a debt stack that provided the borrower with competitive terms.”

In a statement to CO, Bar-or added, “[Moinian] can now look forward to stabilizing a legacy asset.”

The 20-story Philippe Starck-designed hotel underwent a $150 million conversion from its previous use as a 15-story office building in NoMad — between East 30th and East 31st Streets — and opened in October 2017. Moin tapped Journal Hotels to manage operations at the hotel and In Good Company to oversee the food and beverage element.

The property was originally going to be called SLS Park Avenue, with Moinian initially partnering with Sam Nazarian’s SBE, a Los Angeles-based lifestyle, nightlife and hospitality company, to kickstart its SLS hotel brand at the location. But in July 2017, the developers shifted to the Mondrian name.

“The Mondrian fit better in that NoMad area, with its design and finishes,” Nazarian told Travel Weekly in December 2017. “Mondrian also already had a connection in SoHo [via the former Mondrian SoHo, which is now the NoMo SoHo]. Also, SLS has really evolved into a much more luxury product, and we wanted to save SLS for a location that could take advantage of having a residential component.”